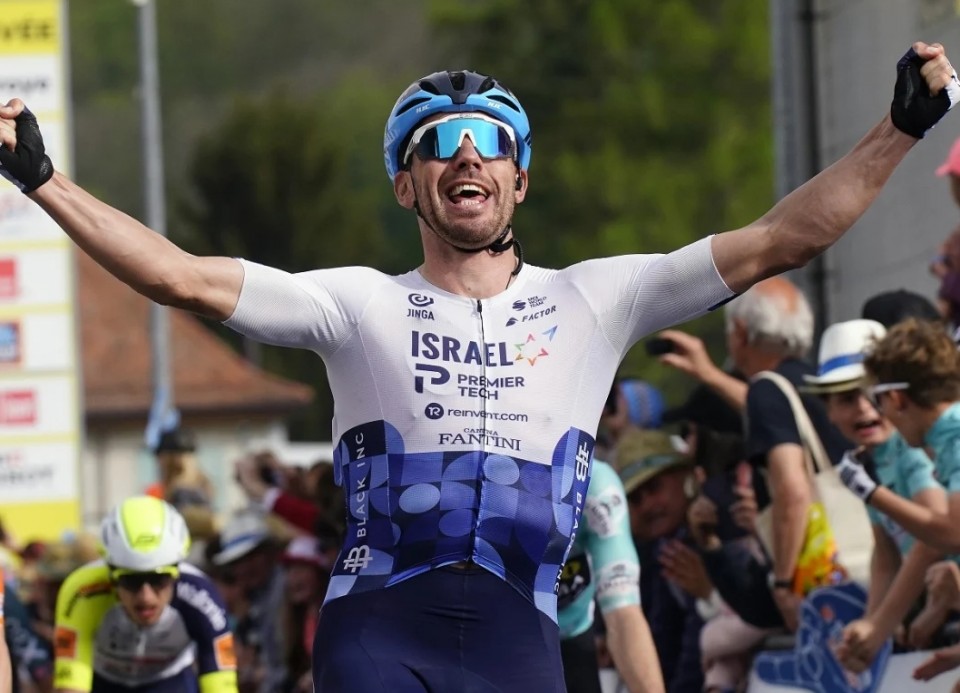 The remarkable form for New Zealand rider Patrick Bevin continued with a brilliant WorldTour victory on stage three of the Tour de Romandie.

It proved the first WorldTour win for his new Israel – Premier Tech team, winning the sprint in Valbroye, just a week after winning the general classification in the Tour of Turkey.

“I knew this was a stage where I could be there at the finish and I really wanted to win this sprint. What a day”, Bevin said.

On the final 25 km, the peloton upped the pace significantly to haul in the break that at one stage looked like it might succeed.

Bevin knew exactly how he had to approach the run-in after studying the finish in detail before today’s race. The 31-year-old kiwi launched his sprint and no-one was able to match him.

Today’s victory is Bevin’s third win in just two weeks after winning stage 7 and the overall classification in Tour of Turkey earlier this month.

In the general classification, Bevin is second overall just 14 seconds down on leader, Australian Rohan Dennis from Jumbo-Visma, with two stages remaining.