Bluff Hill provides the drama during the Tour of Southland

Bluff Hill provides the drama during the Tour of Southland 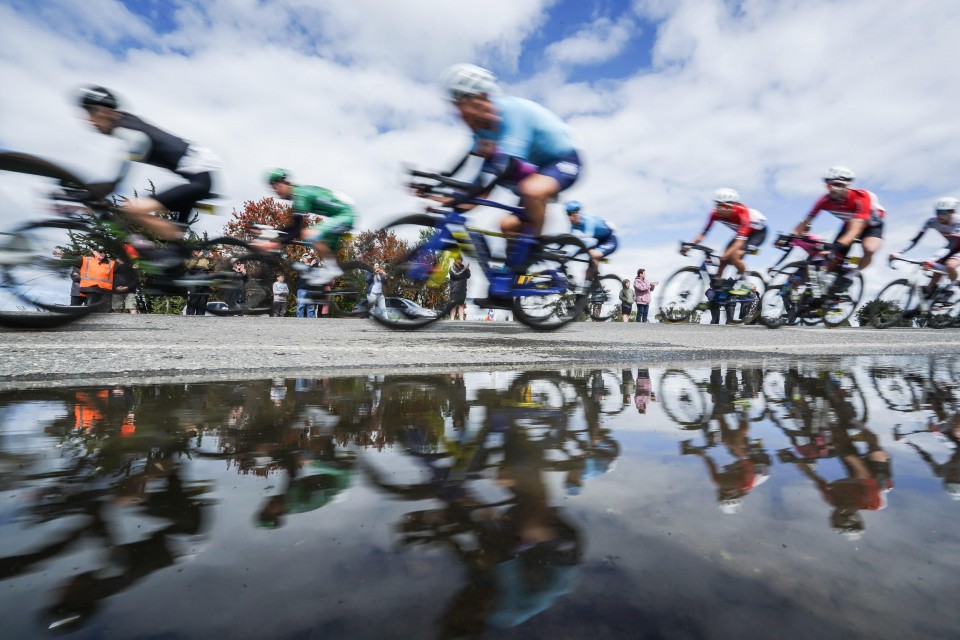 Once again the SBS Bank Tour of Southland’s Bluff Hill stage has provided plenty of drama and helped to set up a fascinating second half to this year’s race.

On a day where the peloton was tested by the weather and rolling terrain before even starting what is arguably New Zealand cycling’s most famous climb, it was Australian Carter Bettles who managed to retain the yellow jersey, albeit with a reduced margin.

The ARA Pro Racing Sunshine Coast rider saw his lead over Southlander Josh Burnett (Creation Signs-MitoQ) cut by more than a minute to just 20sec after he punctured 7km before the finish and had to fight hard to limit the damage, with British rider Dan Gardner (Quality Foods Southland) taking the stage win.

“We knew that this was going to be one of the toughest stages yet,” Bettles said.

“The Kiwis love this stage, they talk about it non-stop and as you heard yesterday they were really excited for it. We knew it was going to be tough, but the boys were up for it. They were defensive right from the start, they did an excellent job and I can’t thank them enough.”

“This one is so steep. I knew from riding it the day before the race that I had to save something for the end and I just went as hard as I could to keep the deficit as small as possible.”

It was a day approaching some of the weather the tour is renowned for, with everything from sun and wind to driving rain.

Yarrell, who finished third on the stage, was rewarded with the Most Combative jersey for his efforts in the break, and Jones was the virtual leader on the road at one point, but the main bunch never let the attackers slip the leash entirely.

The stage win continued an excellent week for the Qualify Foods Southland team, which included having Boris Clark in the yellow jersey for two days and a lead in the teams classification after five stages.

“It was one of those days that you had to go out and get it. You had to sacrifice a lot of watts to make it stick but it was worth it,” Gardner said.

Bettles is attempting to become just the fifth foreign rider, and the first Australian since 2014, to win New Zealand’s most prestigious stage race since it began in 1956.

While the top contenders have shuffled their way out of what was a record starting field, it remains tantalisingly tight at the top, with Burnett, riding just his second Southland tour, at 20sec and leading under 23 rider Josh Kench (Powernet) trailing by 32sec.

Michael Torckler (Qualify Foods Southland) leads the over 35 classification, while George Jackson, who was second to the top of Bluff Hill, took over the King of the Mountain jersey.

It sets up an intriguing 151km stage six from Invercargill to Gore tomorrow.

“On the profile it doesn’t have a big hill or anything but you know that it’s going to be as tough as any,” Bettles said.

“I think we’ve got crosswinds for most of the day and those little pinches definitely sap the legs so it’s going to be tough and we’ll just try and defend the jersey. You can’t be too comfortable in this race, people have come from a long way back to win GC. There’s so much racing to go that you are never comfortable.”