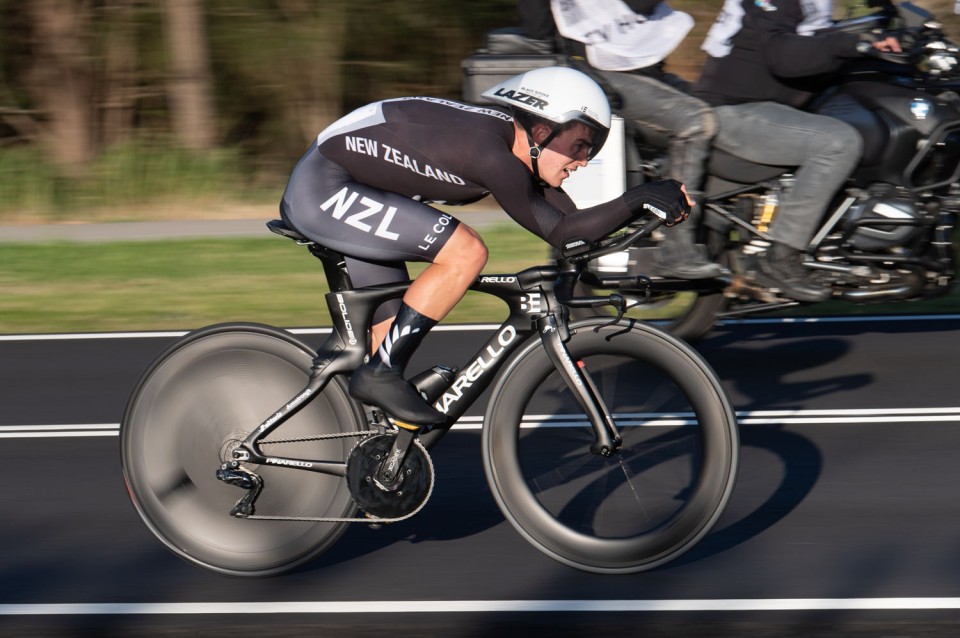 Mid-Canterbury cyclist Logan Currie narrowly missed out on a medal in a testing under-23 men’s time trial on day two of the UCI Road World Championships in Wollongong today.

Currie, 21, finished fourth in the 29km time trial over testing terrain, just nine seconds off a bronze medal after a stellar performance.

It was the second-best performance from a New Zealand rider in the under-23 category behind the third placing by Peter Latham in 2005.

There had been some differing opinions about the time trial course, which had numerous twists and turns, high-speed descents and sharp turns, and while it was foreign to the rider from Methven, he enjoyed the challenge.

“I loved it to be honest. It was a lot of fun so I let the brakes go and let the bike do its thing and just sent it,” said Currie.

“It was a tough course, but a pretty exciting one with a lot of ups and downs, roundabouts and corners. It was an epic course and to get amongst it was awesome.

With a double-lap of the course, the field was broken into four waves, with Currie the third-to-last rider to set off.

He was fifth fastest through the first time-check at 7kms and 13 seconds off a medal after the first lap. He moved to fourth at the three-quarter mark and was the third fastest in the final section to the line.

He finished nine seconds behind bronze medallist Great Britain’s Leo Hayter who had ridden in the first wave, with their comparative speeds separated by just 0.2kph.

Currie, who rides for the Bolton Equities Black Spoke Pro team, who have been based in Europe this year, said he experience had helped him considerable with the road race on Friday.

“I am excited for the road race. It is a similar course. It will be hard and should be just a small bunch going into that finish line and I hope I can be there.”

Caption: Logan Currie in action in the Under-23 men’s time trial at the UCI Word Cycling World Championships in Wollongong. (Credit: Casey Gibson)