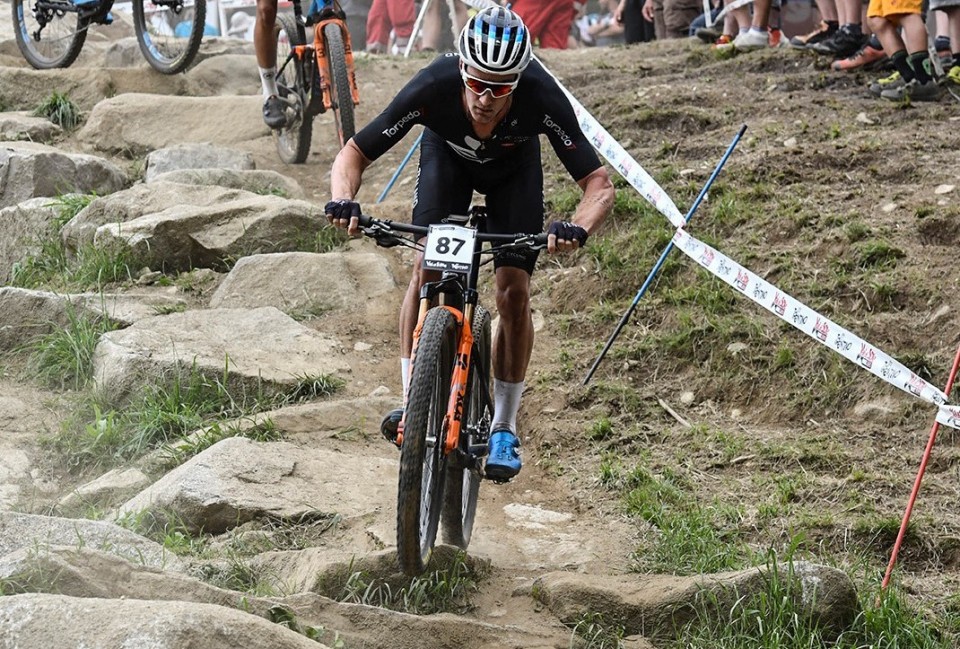 Alpecin Fenix cross-country professional Sam Gaze continued his progress with a season-best 11th placing at the penultimate round of the Mercedes Benz UCI Mountain Bike World Cup in Switzerland.

Gaze, who was ranked 117th at the start of the season after two seasons beset by injury, jumped from 55th on the start grid to finish 1:06 behind French winner Victor Koretzky, just outside the top-10 at altitude in Lenzerheide.

Gaze made renowned super-sprint start, jumping 16 spots on the first loop and at one stage was only 45 seconds from the lead and while he continued to pass traffic, the leaders pushed further clear.

His 11th placing has seen him move to 44th overall in the world cup rankings with one round remaining, as the Cambridge rider sets himself for a competitive standing from which to launch a serious campaign for 2022.

Cooper, who like several others has struggled to recover from outstanding Olympic exploits, made a slow start to drop to 32nd spot after the first loop, recovering to 25th before slowing as the effects of high altitude took its toll.

He will no doubt want to dig deep for the final World Cup to ensure a top-10 finish to the season.

Oliver could not make progress in the heavy traffic to finish in 56th place 6:47 from the leader, with his ranking at 63rd with the final World Cup to come across the Atlantic at Snowshoe in Pocahontas County, West Virginia next weekend.