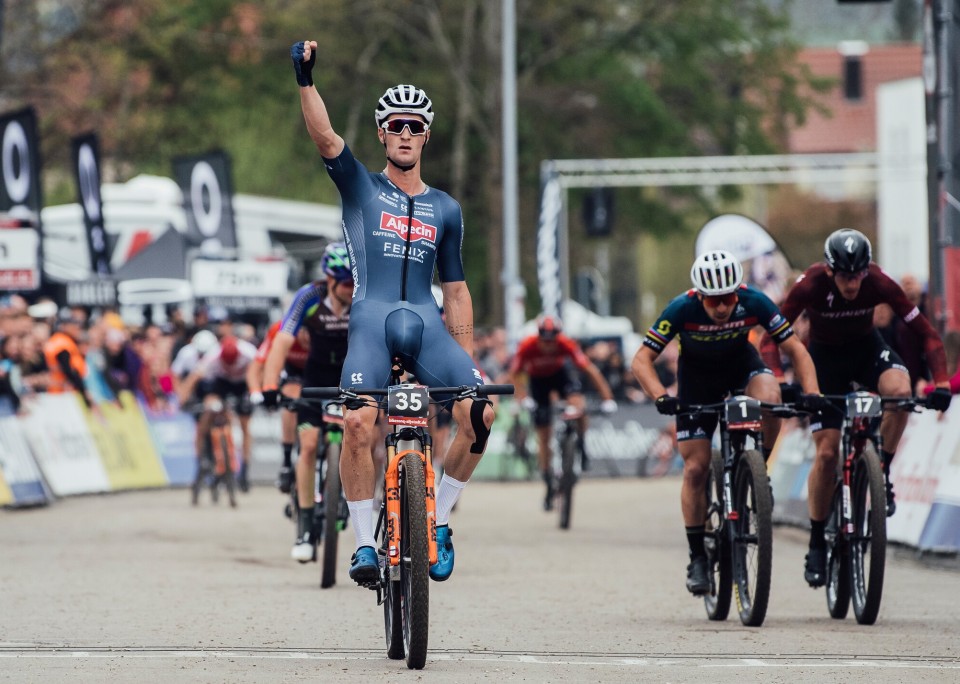 The 26-year-old kiwi from the Alpecin Fenix pro team made a spectacular return to the top level after fighting his way from the back of the grid late last season after a return from long-term injury.

His off-season preparations were then hampered when he was forced to undergo patella knee surgery last month.

With a warm-up win in the Netherlands last week, Gaze had risen to 41 in the world rankings, and after a number of withdrawals, he earned a start at the back of the field for the short track race.

In turn, the short track event also determines the grid for the World Cup race on Monday (NZ Time) with Gaze now starting off the front row.

Joining him is North Canterbury’s Ben Oliver, also the beneficiary of his first short track World Cup start, finishing 14th overall after a strong effort, while world No 9 ranked Anton Cooper was 24th after riding in behind the leaders for much of the fierce 20-minute race.

Gaze was near the back of the field after the first lap, moved to 22nd on the next, then up to 14th, and then into the top-10. He made the lead with a lap to go and when he pushed the button, he rode away from the field that included Olympic champion Tom Pidcock and the recent Brazil World Cup winner, Nino Schurter.