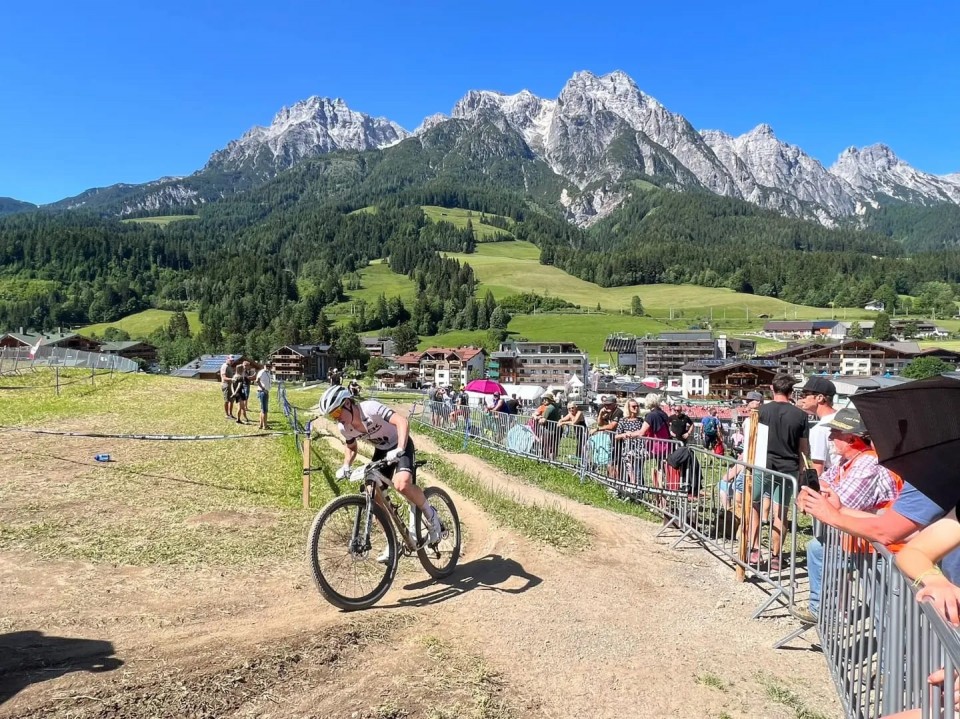 Jenna Hastings, in her first season on the UCI Mountain Bike World Cup circuit, was second in the junior downhill and Lachlan Stevens-McNab third in the junior men in the latest round in Leogang, Austria.

It was just the third World Cup competition for Hastings, who was sixth at Lourdes and fourth at Fort William before her outstanding performance in Leogang behind winner Phoebe Gale (GBR).

Stevens-McNab continued his consistently strong performances in the junior men, also making it on to the podium, three seconds behind winner Jordan Williams (GBR). The Rotorua rider is now fourth overall and closing in on the top three.

Cooper was consistent throughout with his typically fast finish, the third fastest rider over the final two laps.

After a slow start to the season, the nine-time New Zealand champion is up to eighth on the World Cup rankings as he zeros in on his third Commonwealth Games in Birmingham.

The other kiwi riders were distanced with Sam Gaze 70th, Craig Oliver 72nd while Ben Oliver had a mechanical and was forced to withdraw after the second lap.

Matthew Wilson from Team Talleys was 30th in the under-23 men while Amelie Mackay was 47th in the female under-23 race.

On the road, Auckland’s Georgia Danford, riding for Andy Schleck - CP NVST - Immo Losch, has finished third in the SPAR Flanders Diamond Tour in the Netherlands, while Ryan Christensen was third in the final stage and fifth on general classification in the Tour d’Eure-et-Loir in France for his Boltoan Equities Black Spoke team.

Meanwhile Commonwealth Games-bound Mikayla Harvey (Canyon SRAM) and Georgia Williams (BikeExchange-Jayco) were 10th and 17th respectively on general classification at the conclusion of the Women’s Tour on the Women’s World Tour in UK, and George Bennett, in his return from illness, was top-20 on general classification at the Criterium du Dauphine which finished at the weekend.

In BMX, Rico Bearman had another strong weekend at the UCI BMX World Cup in the Netherlands.

While he could not replicate his winning effort from the opening rounds, Bearman was eighth in the round three final of the under-23 men. After winning his way through the opening rounds, a third placing in the semifinal giving him a tough draw for the final.

He started strongly again on the second day before he was squeezed at the start in his semifinal and had to come from the back of the field, closing to within half a wheel for the last place in the final, settling for ninth. Bearman is fourth overall after four rounds.

Rotorua’s Megan Williams missed out on the semifinal by 0.01s on the first day but pushed through the semifinals on day two in another impressive performance in the female under-23 competition.

The World Cup has two further double rounds, both in Bogota, Colombia in September.