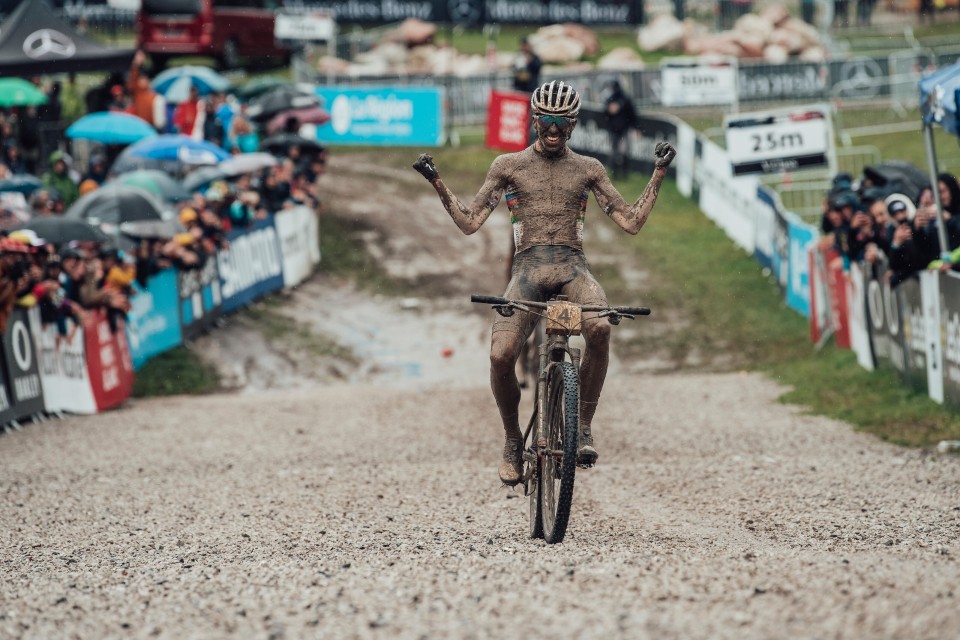 The Trek Factory professional was 16th in today’s fourth round race at Les Gets, a ski resort in the Auvergne-Rhône-Alpes region in south-eastern France.

However the race could not have been more different to his anticipated heat and humidity in the upcoming Tokyo Olympics, as heavy rain turned the course into a mud-bath.

He finished 3:16 behind winner and world cup leader Mathias Flueckiger (SUI), although showed his strength to be third fastest over the closing lap at Les Gets.

Commonwealth Games champion Sam Gaze had his best finish of the season, climbing from 82nd on the start list on the 11th row to finish 31st which will move him several rows up the start order when the World Cup resumes in September.

North Canterbury’s Ben Oliver finished 44th to be 7:20 behind the winner, while Nelson’s Cameron Jones was two laps down on the winner in the under-23 race.

Meanwhile Rotorua’s Lachlan Stevens-McNab continued his outstanding form to grab the podium in the junior downhill race on Sunday.

The national junior champion finished third after being in form throughout the week, where he was fourth fastest in timed qualifying.

After his fifth placing at Leogang last monthg, Stevens-McNab has moved to fourth placing overall on the World Cup standings with three rounds remaining.

His YD Racing teammate James MacDermid (Hamilton) was sixth just over a second behind Stevens-McNab to also move inside the top-10 on overall standings.

Former national champion George Brannigan (Propain Factory) was the best of the kiwi gravity riders in the elite downhill in ninth place after wet weather significantly impacted riders on the new Les Gets course.

The next World Cup round for downhill riders is at Maribor in Slovenia next month.