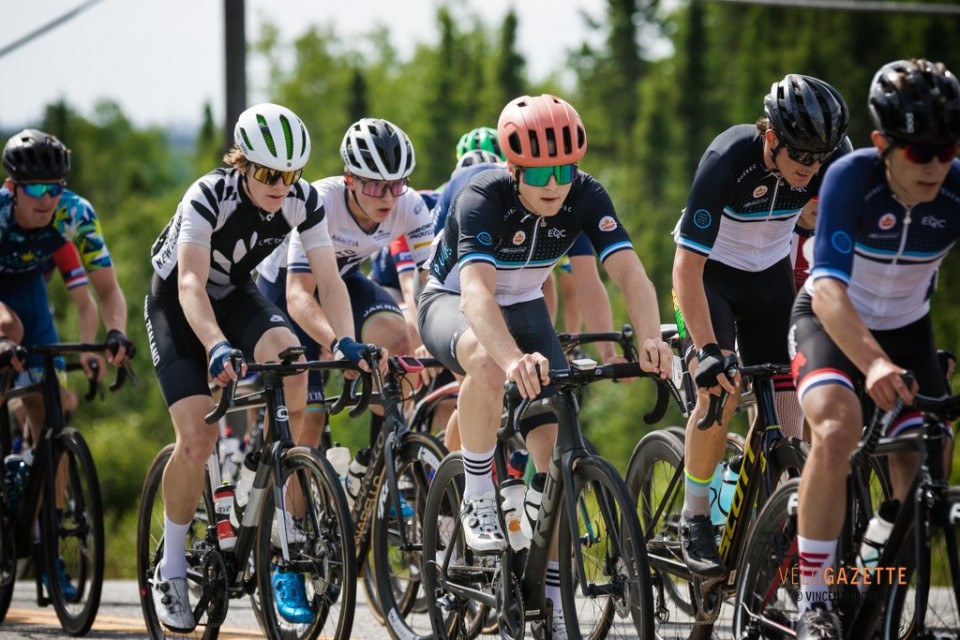 The New Zealand junior cycling team have fought back over the weekend, with an outside chance of a podium team placing with one stage remaining in the Tour de l’Abitibi in Quebec, Canada.

The team dropped back to ninth after a challenging double-stage day with the individual time trial and 60km circuit race in the event which is one of nine races around the world sanctioned by the UCI for national under-19 road teams for the Junior Nations Cup.

Auckland’s Max Preece was the beneficiary of some strong team riding in the 140km stage to Semeterre on stage five on Saturday, finishing one spot off the podium, just three seconds from the stage winner.

Hawkes Bay’s Toby Evans was seventh at seven seconds with the remainder of the team all in the peloton at 12 seconds, which was rich reward for a strong and determined team day.

Stage six today also had some challenging terrain and an uneven surface in the 116km out-and-back stage to Amos where Evans was quite outstanding on a testing day.

The team suffered five punctures, with Evans puncturing twice, then remarkably with 30kms remaining, he attacked, pacing an initial three riders with him to catch the leaders. He then bravely tried to attack the breakaway but was countered by the Canadians, and had to settle for seventh placing just behind the stage winner.

Evans turned plenty of heads today with his aggressive and tenacious riding.

The rest of the squad, who put in a massive effort, were in the peloton with Wellington’s Elliot Robertson and Nelson’s Cameron Beaumont given the same time as the peloton after they were caught in a crash within sight of the finish.

The hard work from the young kiwi squad has seen them jump from ninth up to fifth in the team standings with one stage remaining, which is a circuit race.

Evans is the leading individual in sixth place on general classification, 46 seconds from the leader, and seventh on Points, while Preece is sixth ion the young rider category.