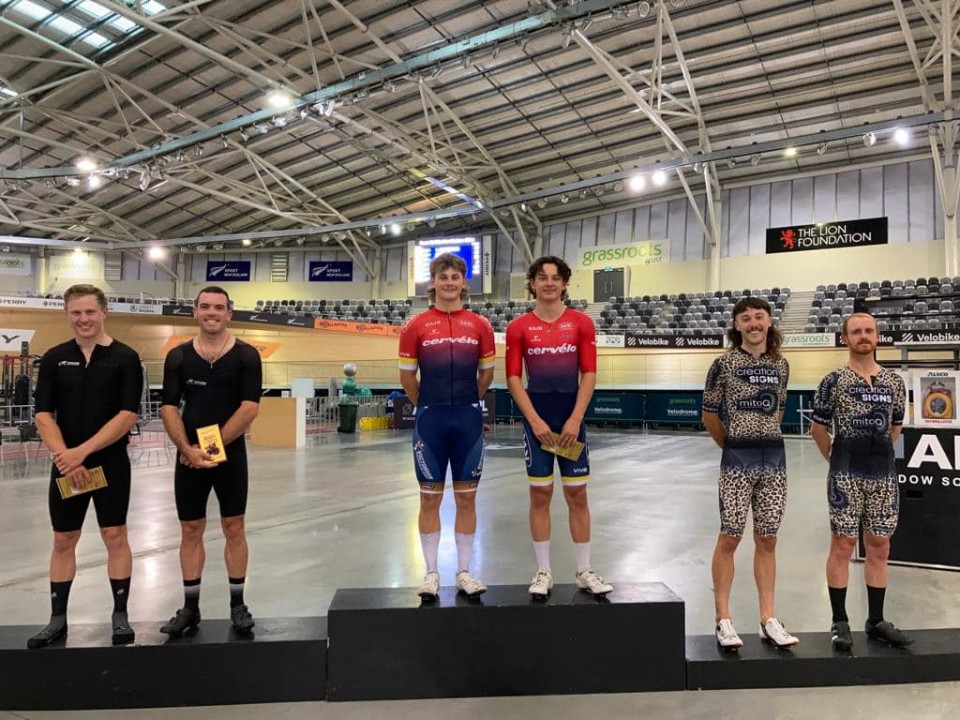 The Cambridge Classic, which also attracted a small number of international riders both from overseas and based in New Zealand, was able to provide some UCI ranking points over the three days of competition.

The main goal was competition simulation, with New Zealand riders largely off the international scene for over 12 months, aside from the Tokyo Olympics.

“The goal was to provide some racing opportunities as a lead into the Nations Cup in Milton this month, and in Cali in July,” said interim high performance manager, Amy Taylor.

Tokyo Olympic silver medallist Ellesse Andrews gave further indication that she is working her way back to international form with three wins in the keirin, over teammate Olivia King and Canadian Lizanne Fox. Andrews also topped qualifying in all three days of sprint, with a best of 10.981s for the flying 200m qualifying, moving towards her national record of 10.563s set at Tokyo.

Webster was the fastest of the sprinters, topping qualifying with a 9.987sec and 9.883sec on the first two days, and winning the final over Dakin in two straight rides.

Dakin was fastest in qualifying on the final day in 10.02s and beat off Saunders 2-0.

The two-rider madison saw South Australians Blake Agnoletto and Oliver Bleddyn prevail on the first two days. They scored 59 points to win from Daniel Bridgwater and Nick Kergozou on 34 on Friday, and won again on Saturday but the same two pairing were separated by just two points.

The men’s omnium was dominated by the versatile Kergozou who won three of the four disciplines and was second in the tempo race to claim the honours ahead of Jackson and Bridgewater.

In other racing, Kergozou held of kiwis Jonty Harris and Lucas Murphy to win the scratch race, while Ella Wylie edged Emily Shearman in the tempo.

The men’s points race proved a superb event with Agnoletto taking the victory with 38 points from Jackson, Harris and Lucas all on 37.

New Zealand will name the squad to travel to the UCI Nations Cup in Milton this week.