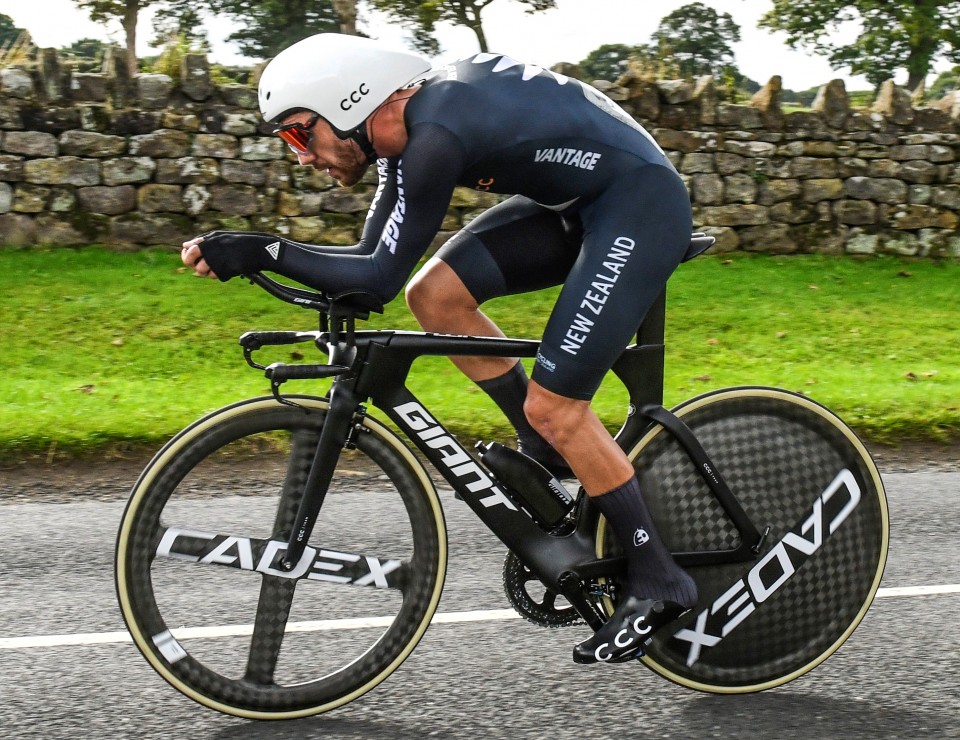 Seven riders have been selected to represent the Vantage Cycling New Zealand team for the revamped UCI Road World Championships in Italy next week.

In the face of the coronavirus pandemic, the championships have been hastily rearranged for Imola in Italy from 24-27 September after the original hosts in Switzerland were unable to host the event under Covid regulations.

Accordingly, the championships have been reduced to elite races only with time trials on 24 and 25 September and road races on 26 and 27 September.

Harvey and Williams will compete in both the time trial and road race, with Fisher-Black in the road race only.

They will be joined by promising Nelson professional Finn Fisher-Black, who will join his sister in the Vantage elite team. The Jumbo-Visma Development rider, while still a teenager, has dispensation to compete in the elite race this year without affecting his status as an under-23 category rider for the future. Fisher-Black will compete in both the time trial and as a support rider in the road race.

Mitchelton-Scott rider Sam Bewley was originally selected and keen to ride in support of Bennett, but he is unavailable after breaking his wrist in a crash which forced his withdrawal from the Tour de France.

Bennett is currently competing in the Tour de France with a suspected fractured rib after crashes on the opening stage but at this stage still plans to compete in Italy.

The other rider unavailable for selection through injury is Canyon SRAM World Tour rider Ella Harris with the world 42nd ranked rider fracturing her femur in a training crash last month.

“It is a challenging event in the current circumstances of the coronavirus pandemic, the changed venue and the compressed racing season in Europe,” said Cycling New Zealand selector, Graeme Hunn.

“National teams must follow the strict UCI Covod-19 protocols that World Tour Teams operate under in terms of team bubbles with minimal exposure to other bubbles and general public. This is made more challenging with riders coming in from various professional teams to join the Vantage New Zealand team bubble.

“Riders have separate rooms, with Covid testing for riders and staff six and three days out from competition as well as the strict operational controls, face masks, sanitised rooms, team vehicles and all equipment and separate eating areas.”

As no staff are able to travel from New Zealand, National Team Director Sportif, Craig Geater is approaching staff from the same pro teams as the selected riders to assist and therefore minimise risk.

While it is the 12th time that Italy has hosted the Road World Championships, it has not been held at Imola for over 50 years although it is a frequent stage of the Giro d’Italia. The start and finish will be at the Enzo e Dino Ferrari motor racing circuit, which was a Formula One location until 2006 and returned as a one-off this year, as well as hosting rounds of the Superbike World Championship and Motocross World Championship.

CAPTION: Patrick Bevin in action on his way to fourth place in the time trial at the UCI Road World Championships in Yorkshire last year. (Photo: Robert Jones)