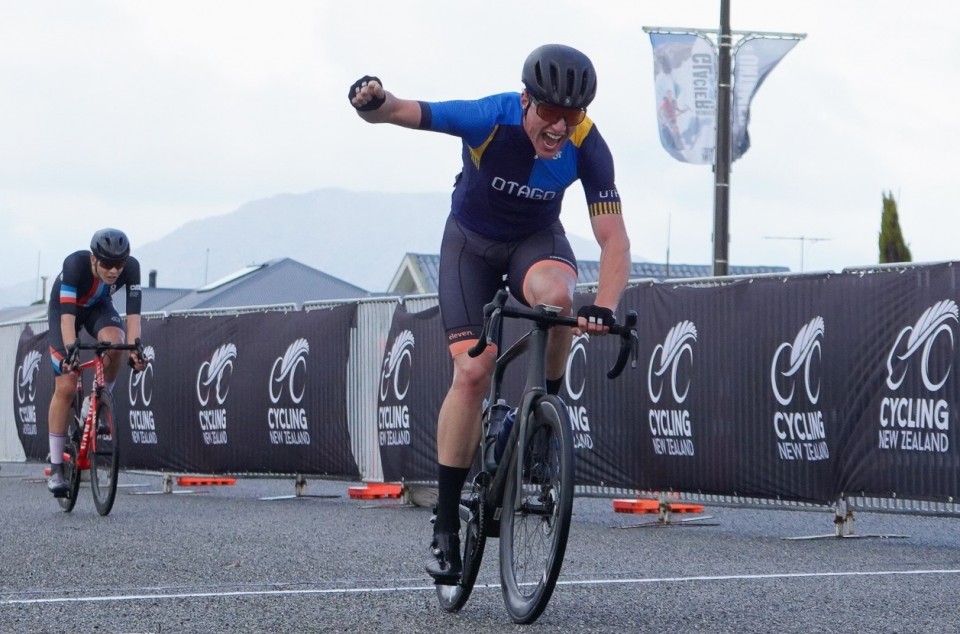 The top-10 shone through to claim the time trial-road race double at the Age Group Road National Cycling Championships in Hokitika.

Around 400 riders from 34 clubs from Kaitaia to Invercargill are competing, the first time the region has hosted the national championships in nearly two decades.

They were led by two extremely promising young women from the Canterbury Track club in Amelia Sykes and Shaylah Sayers who won the time trial on Friday and followed up with victory in the road race in the under-19 and under-15 grade respectively.

Sykes transferred her superb form on the track at the recent national championships on to the road, edging her rival Seana Gray (Te Awamutu Sports) in a sprint finish over 97.5km today, on a largely flat circuit around Lake Mahinapua.

Sykes and Gray will now refocus efforts on the track as they prepare to join the New Zealand team to contest the UCI Junior World Track championships in Tel Aviv in July.

For Sykes it was the national championship title as well, with the under-19 grade not included at the elite road championships this year.

Sayers has continued her unbeaten run at national level this year, winning every title she contested in the under-15 grade at the track championships in Cambridge, and followed with the time trial-road race double this week. The Canterbury Track club rider had to dig deep to out-sprint Poppy McIvor (Southland) and clubmate Lizzy Thomson in the sprint finish of the 32.5km race.

It proved an outstanding weekend for the Canterbury Track club with Kirsty Watts winning the under-17 race over 65kms in emphatic fashion by 47 seconds, after winning the time trial on Friday.

Equally impressive was Counties Manukau rider Penny Pawson, a Masters world champion, who rode to success in the senior division, today adding the road race honours when she broke away with the leading under-23 riders.

The under-19 men’s championship title went to Otago’s James Gardner who managed to edge Counties Manukau rider Tom Stephenson and Manawatu’s Mathew Jamieson in a sprint finish to the 130kms race.

Gardner’s hopes of success in Friday’s time trial ended with a puncture, which motivated him for the road race.

“The puncture in the time trial hurt. I put on a brave face, but it was not what I came here for,” said Gardner. “I was dreaming of coming across the line with a fist pump in the air. I am so stoked.

“Plan A was not go in the break because 130km is a long time to be out in a break. Tom (Stephenson) went a bit earlier than I was thinking but I managed to latch on and he was really strong.

“I drifted 10 bike lengths off the break with about 2km to go, but I caught up to the wheel. I don’t know how I managed after that effort but I am really happy to get up for the win.”

Stephenson, runner-up to Lewis Bower in the time trial, had to settle for another second placing, this time in the road race after another impressive performance.

Third in the Masters 10 road race was Tinwald’s Merv Grewar, the oldest competitor at 86.

There was impressive performances in the under-23 category where Sam Ritchie (South Canterbury) claimed the honours in a sprint finish over Theo Gilbertson (Counties Manukau), with the pair the fastest riders over the 130km course from all under-23 and senior riders.