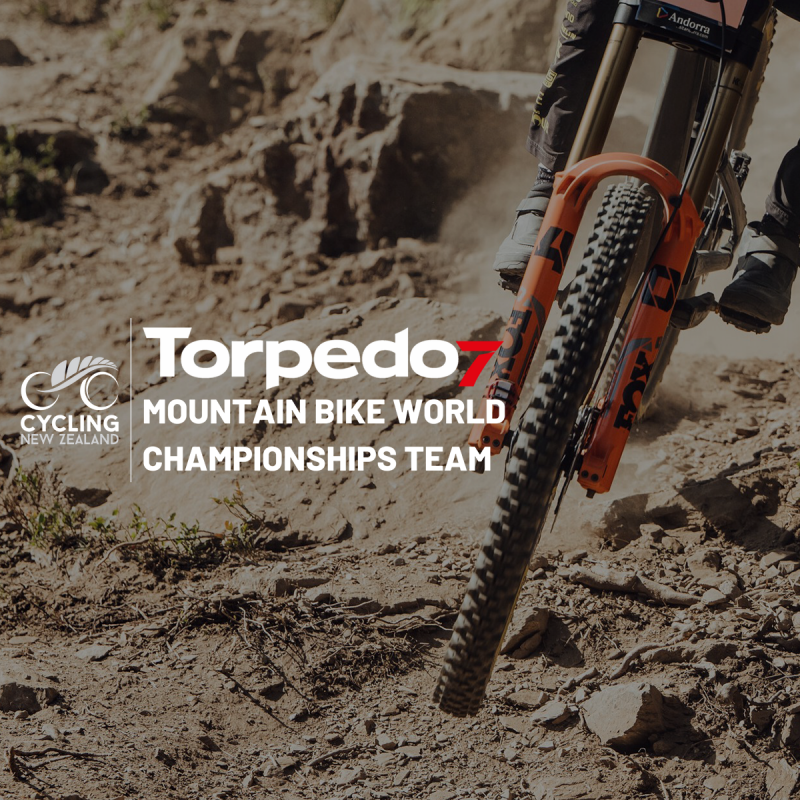 As one of New Zealand’s leading providers of outdoor adventure gear, Torpedo7 offers a wide range of bikes to tackle any terrain, as well as bike accessories, clothing, and a dedicated in-store bike shop geared with specialist bike mechanics.

Torpedo7 chief executive, Simon West says he is thrilled to be continuing the partnership with Cycling New Zealand this year and supporting the team at the pinnacle of the sport.

“As a team made up of keen mountain biking enthusiasts, we’re proud to be backing our New Zealand athletes and celebrating their achievements as they compete on the world stage in France this August. “Mountain biking is growing in popularity with more and more Kiwis getting out there and hitting the epic trails around our country and we’re proud to be able to support the continued success of the sport”.

Cycling New Zealand’s Chief Executive Monica Robbers is delighted to have Torpedo 7s continued support and partnership. “The partnership with Torpedo 7 makes such a difference for us and our team and helps enables Cycling New Zealand to focus on creating programmes and environments for our athletes to perform on the world stage. After our recent successes we are really excited and its valuable in having Torpedo 7 as part of our journey.”

After 18 years, the UCI MTB World Championships will once again be held in Les Gets, France, from the 24-28 August 2022.

The event will host the world’s best riders competing in downhill, Olympic cross-country, cross-country team relay, cross-country short track, and E-Mountain Bike events. For our XCO athletes, these World Championships present an important opportunity to raise their hand for Olympic selection in Paris 2024.