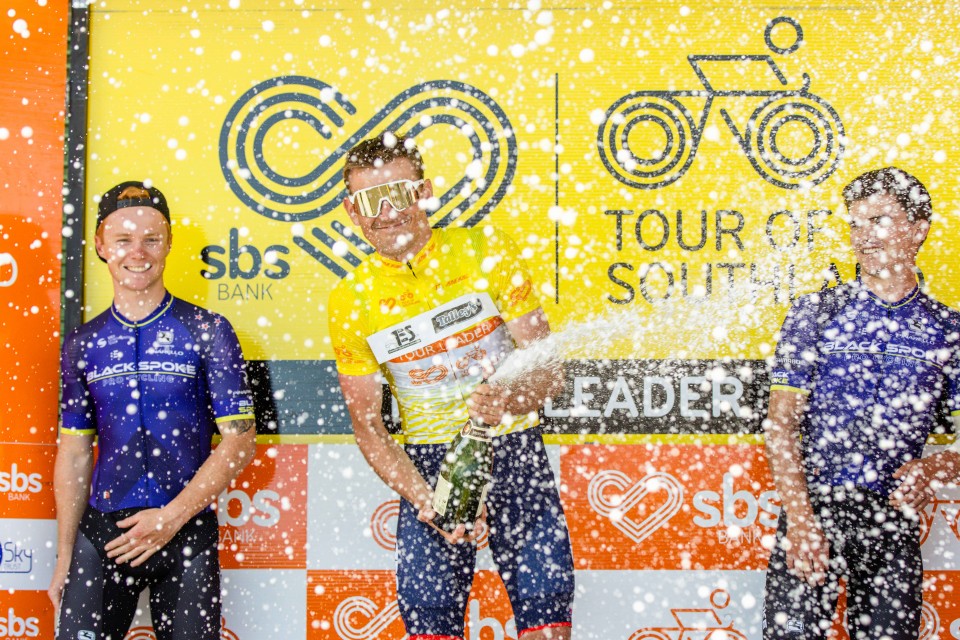 Cantabrian Michael Vink has ridden his way into New Zealand cycling’s history books on the final day of the 2021 SBS Bank Tour of Southland.

The 29-year-old broke a course record on the penultimate stage of the race’s 65th edition before being safely delivered by his Transport Engineering Southland-Talley’s team mates into Invercargill’s Gala St at the end of a 77km final stage from Winton to bank his third Southland win in the past four years.

“I don’t consider myself to be like any one of those guys,” Vink said. “I grew up idolising guys like Hayden Roulston and I was lucky enough to ride with him a few times on this tour. Hopefully I can pass on what I’ve learnt the way those guys did.”

Vink’s win was built on a superb solo ride into a head wind on Monday when he left his rivals behind over the final 15km of the race’s longest stage.

“I think we were the hot favourites from day one and to finish it off for me and for all the boys and the sponsors, it’s the best way to repay them, by taking the win,” he said. “I was in two minds about leading so early because I knew I had the best legs in the race, but I also knew I had a big target on my back. It was difficult to manage but I had to have confidence in myself and the team.”

Vink underlined a dominant week by breaking the record for the stage seven 13km individual time trial, taking 20sec off the mark set by Hamish Bond in 2018.

“It was a bit of a personal thing. I feel like I haven’t really had a chance to show my legs this week apart from that first day. I’ve been doing a lot of defensive riding and that’s not normally how I like to ride so I wanted to put on a bit of a show in the time trial.”

While disappointed not to defend the title they won with Aaron Gate last year, Bolton Equities Black Spoke Pro Cycling finished the week strongly with Campbell Stewart adding a win in the final stage to his victory in the street race and the team’s win in the team time trial.

Teammate Logan Currie produced a strong performance in the individual time trial to overtake Bailey O’Donnell and claim the under 23 classification, while James Fouche was the King of the Mountains.

George Jackson (Creation Signs-MitoQ) was rewarded for a strong week in the saddle with the Sprint Ace jersey, with his team mate Paul Wright the Most Combative rider on the final stage.

Hamish Keast was the first Southlander across the line on the final stage, and Josh Burnett, who won the Remarkables stage on Wednesday and was second on the Bluff Hill stage the following day, was the leading Southlander overall, finishing in 10th place in his Southland debut.