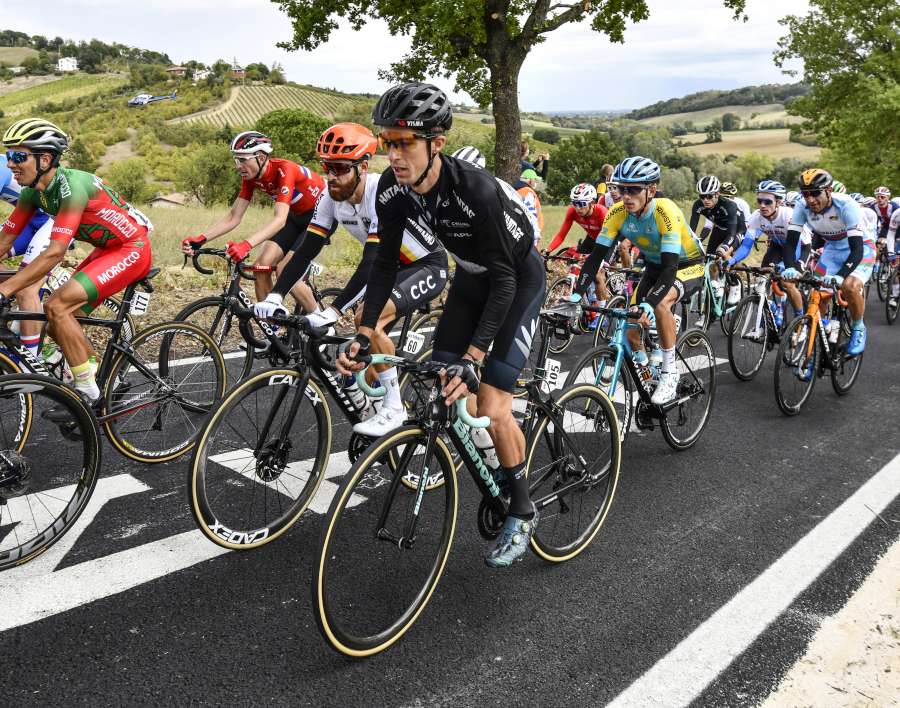 A punishing attack from the French team and the Tour de France champion put paid to the Vantage New Zealand chances in a gruelling 260km men’s road race at the UCI Road World Championships in Italy.

Both George Bennett and Dion Smith were in a whittled-down front group when the French riders turned up the heat on the penultimate of nine laps. Bennett, who has struggled to recover fully from the Tour de France where he fought through a rib injury and a virus, was dropped.

Smith survived until Le Tour winner Tadej Pogacar attacked on the major climb 40kms from the finish on the Imola motor race circuit, at a similar point to the break by eventual women’s winner Anna van der Breggen yesterday. Having been dropped, Smith was advised to call it a day with a lap to go, knowing he has to start another Tour in Belgium on Wednesday (NZ time).

Colourful Frenchman Julian Alaphilippe made an audacious attack on the final climb and time-trialled his way downhill to hold off a select group of chasers and claim his first world championship title ahead of Wout van Aert (BEL) and Marc Hirschi (SUI).

“It was a disappointing but not surprising day,” said Vantage New Zealand Director Sportif Craig Geater. “The group gave it everything. Today the legs were not there on what was a really tough course.

“Finn Fisher-Black impressed us as an 18-year-old, and with Paddy Bevin they did their part to support George and Dion who both made it into the peloton for the business part of the race.

“George has struggled all week to recover from the Tour with his injuries and illness and when the French put the power on up the climb with two laps to go, he could not go with it.

“Dion hung in there until the next attack came just before the bell when he was dropped. He was riding mostly to support George and so the sensible thing was to save his legs a little with more racing for him this week.

“This is a very unique year. Most of the racing season is being squeezed into three months and all of the guys are racing again this week. For Dion and Patrick, it is in two days and for George it is the last of the Grand Tours at the Vuelta in three weeks.”

With the Tour de France just completed, this week riders are heading to the BinckBank Tour in Belgium which will also host the usual early-season Ardennes Classics starting on Wednesday, while the Giro d’Italia begins next weekend and overlaps with the Vuelta.

“Wearing the New Zealand jersey is special for our riders, so they really wanted to be here and they gave it everything they had. Today that was not enough but I’ve been proud of the efforts from all of our riders this week,” said Geater.

CAPTION: George Bennett on the climb during the men’s road race at the CI Road World Championships in Imola, Italy. (Robert Jones Photo)