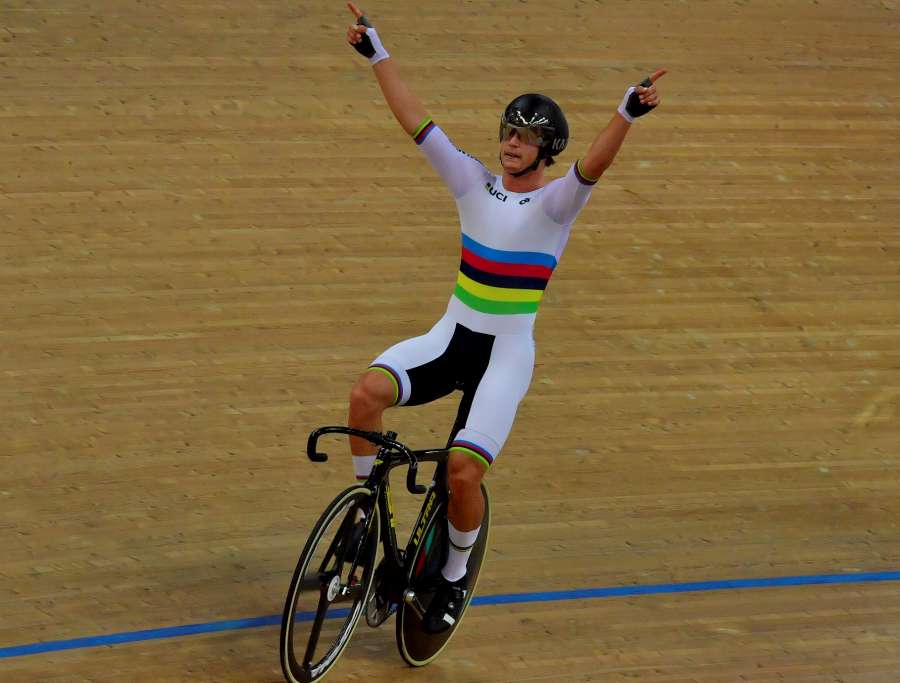 The 2019 Omnium World Champion Campbell Stewart has been recognised for his performances, named the supreme winner of the Manawatu Sports Awards this week.

The Awards, forced to be cancelled twice because of the coronavirus, relate to sporting performances last year, and were announced with an online ceremony this week.

Campbell, who hails from Palmerston North, was awarded both Sportsman of the Year and overall Supreme winner with his 2019 performances highlighted by his brilliant victory in the Omnium at the UCI World Championships.

He was part of the Vantage Elite men’s squad that won the World Cup gold medal at Cambridge in the Team Pursuit as well as pairing with Aaron Gate for a brilliant victory in the Madison in January 2019.

He was joined in the awards by Vantage Elite teammate Michaela Drummond who won the Junior Sportswomen of the Year for her performances as part of the New Zealand team pursuit at the World Championships, Commonwealth Games and World Cup competitions.

Organisers, Sport Manawatu staged the Central Energy Trust Manawatu Sports Awards online in a video format with the link below: