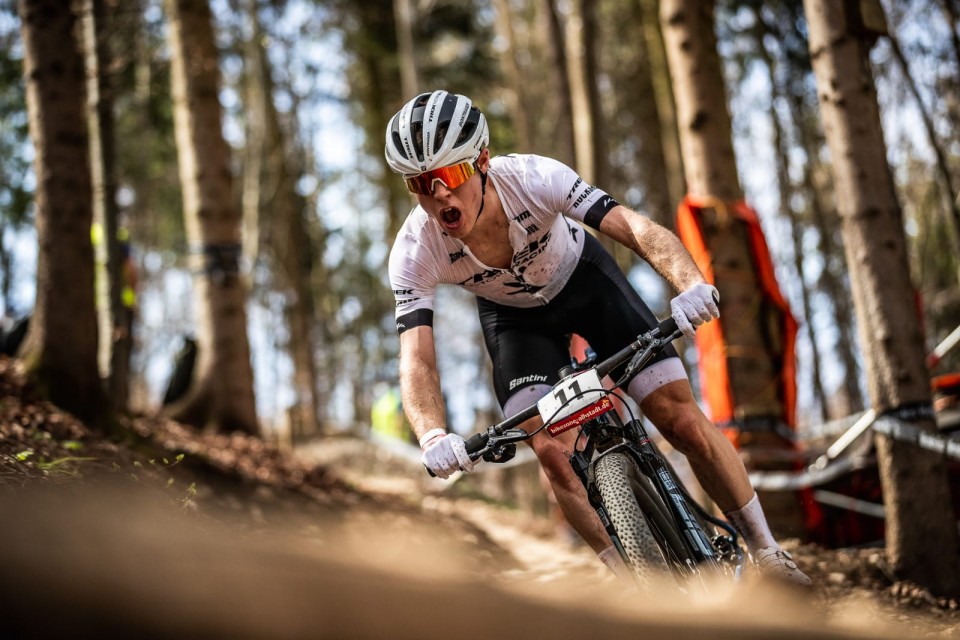 New Zealand cross-country mountain bike champion Anton Cooper made a superb return to UCI World Cup racing with sixth place in the opening round in Germany.

The 26-year-old was pipped for the last place on the podium in a sprint finish with rising British star Tom Pidcock who climbed through the 155-strong field.

Cooper, the Trek Factory Racing professional, fell behind the lead pack on the opening two laps before pushing up to join the front group in an impressive performance.

He was in fifth place with the front group until the leaders piled on the pressure over the final two laps, ultimately finishing only seven seconds behind third place after Frenchman Victor Koretzky out-sprinted Olympic champion Nino Schurter for the win.

“It is my best start to a World Cup season. The way I rode against such a quality field is a promising way to start the year. It is my first World Cup race and the only other race was the nationals back in February,” said Cooper.

“The depth of the field was crazy and if you are off by a percent then you move back through the field. You have to have a good day every day you turn up at a World Cup.

“My goal coming in was top-10, so to be so close gives me real confidence. The big thing from here is about repeating this kind of performance. It shows I am capable of this level of performance.

“Now I have to get my recovery right. We are on the road tomorrow to head to Nove Mesto and I need to do things right to put myself in position for another strong performance.”

Cooper finished strongly to close up on the chase pack on the final lap on the brutal Albstadt course, one of two UCI World Cup races to complete qualification for July’s Tokyo Olympics.

His fellow North Canterbury rider Ben Oliver, who started on the 10th row, impressed with a strong performance to push through to 37th place, while Commonwealth Games champion Sam Gaze, the Alpecin Fenix professional, finished 67th after starting a distant 117th in the packed field that were forced to walk up some of the single track with the congestion.

Both riders will benefit with improved starting positions for next week’s second round of the world cup in Nove Mesto na Morave in the Czech Republic, which is the final Olympic qualifying event.

CAPTION: Anton Cooper, in his national champion jersey, in action at the opening round of the UCI Mercedes-Benz Mountain Bike World Cup in Albstadt, Germany. (Credit: Ross Bell Photo)