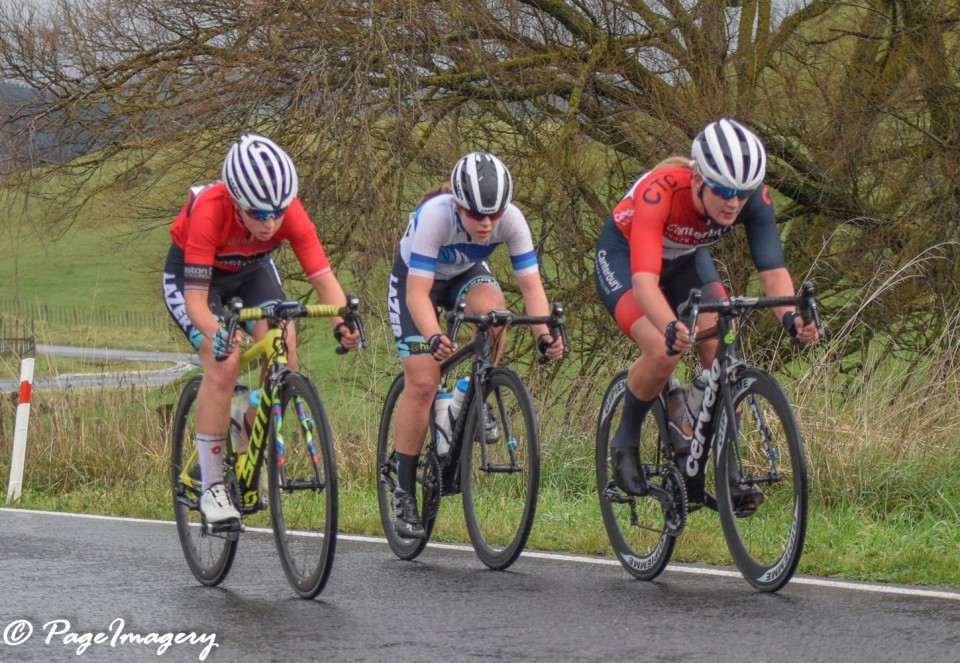 Amid a plethora of cycling luminaries, it was two lesser lights in Nelson’s Joel MacMillan and Kapiti’s Katie Richards who claimed the senior titles on the final day of the Vantage Age Group National Road Cycling Championships in Waipukurau.

Around 600 riders competed in Cycling New Zealand’s first post-Covid national cycling event, with the three-day event attracting a number of Olympic track hopefuls, professionals waiting for their sport to open up and leading age group riders from under-15 to over-80 years.

The Under-19 honours also included official UCI status as New Zealand Champions, with the UCI national jerseys for elites and under23 awarded at the elite national championships.

Outstanding Canterbury prospect Jenna Borthwick, a multi-national age-group champion on the track, claimed the under-19 national jersey after a sprint finish with Henrietta Christie (Leeston) and Ella Wyllie (Counties Manukau) with a photo-finish required.

“I wasn’t expecting the win because I probably call myself more of a track rider,” said Borthwick.

“I just went with everyone and it eventually came down to a sprint finish and I thought ‘mean.’ I came here out of the track training camp although the world junior track championships have been postponed until April next year.

Both riders were given the same time with initial decision going the way of Sadler but over-turned in favour of Drage after checks by race commissaires. Both Drage and Sadler are part of Cycling New Zealand’s Upper South Island Performance Hub.

“I felt really good out there. I had a good nutrition plan which was great,” said Drage.

“There was an initial group of 10 but it whittled away until there was only two of us left and we fought it out in the sprint.”

The combined senior and under-23 men’s field battled over 115kms, with one short and three full loops of the country circuit that featured two climbs on each lap.

The women’s race for seniors and under-23 over three full laps (98kms) split with a nine-strong bunch dictating the final outcome.