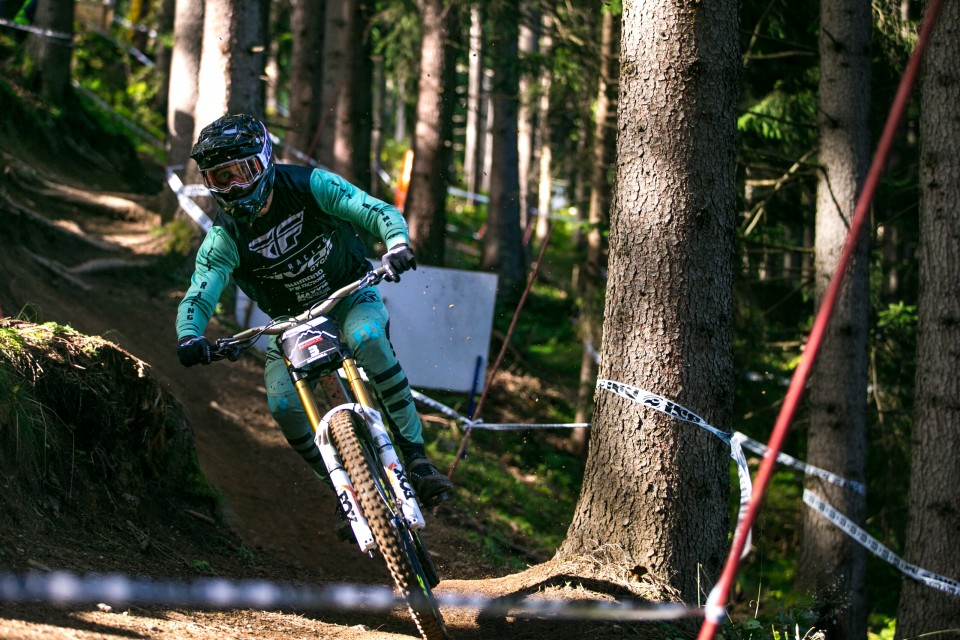 Masters (Pivot Racing) was 12th fastest in qualifying on a brutal and slippery downhill track at Leogang to be fastest of the kiwi gravity quartet.

“Leogang this year it’s absolute carnage out there. I played a really safe game in qualifying today but I am expecting more than that for finals,” said Brannigan.

There was concern for Brook MacDonald, returning after his career-threatening crash at the world championships in Canada last year, after he crashed in qualifying.

However the MS Mondraker team rider reported no issues and as a protected rider based on his world ranking, is secure for the finals on Monday (NZ time) where he will be eighth to last rider off.

“The crash in quailis resulted in a bike problem and caused me to have to pull out. It’s not what I was after for my first big race back, but I’m fired up for finals on Sunday,” said MacDonald.

Frenchman Loris Vergier was the fastest down the 2.3km sodden course, where riders can reach speeds of 65kph, from compatriot and four-time world champion Loic Bruni.

VISION: Below link for vision from practice run at Leogang by Brook MacDonald.