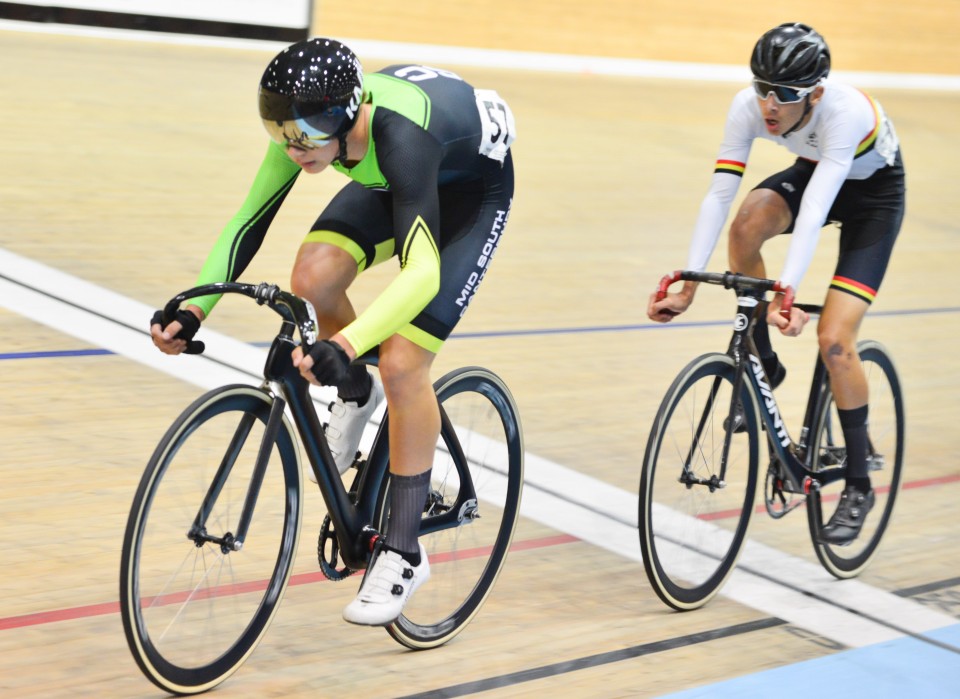 Two riders from both ends of the spectrum picked up their fourth gold medals on the penultimate day of the Vantage Age Group Track National Championships in Invercargill.

Multiple Masters world champion Erin Criglington from Southland picked up her fourth medal and third gold of the championships, while Timaru’s Jaxson Whyte also won his fourth medal in the under-17 competition at the SIT Zero Fees Velodrome.

Criglington, riding in the combined 35 to 49 years age group, took out the scratch race final in a tight sprint finish over another world champion Masters rider, Penny Pawson (Auckland).

The pair and Southland’s Nicola Stevens managed to put a lap on the field, with Criglington edged Pawson in the sprint finish.

It is a typically busy time for Criglington, who manages life as a mother of two children, a fulltime career, one of the country’s leading cycling commissaires and an outstanding Masters rider.

“You do it because you love what you do and you get it all done. My parents help out a lot,” she said.

The key to her win was to mark Pawson when she made her move.

“I knew it would be a hard race and that Penny would go at some stage. I saw something in blue flash out of the corner of my eye. Lucky myself and my teammate Nicky Stevens got on and the three of us put a lap on the field. It came down to the final sprint. I had to bide my time and managed to hold off Penny to win.”

Whyte has developed into a highly promising young rider from a traditional cycling stronghold in New Zealand.

He positioned himself well in the U17 boys points race to pick up points in each of the first three sprints, covering his rivals before cementing the win by taking the final double points sprint to claim his fourth title.

“I knew I had picked up some points in the earlier sprint so it was a matter of covering those riders and knowing where they were sitting. It turned out to be good positioning,” said Whyte.

In other finals, Canterbury’s Maddison Lowry only managed one scoring sprint in the under-17 girls points race, but it was the double points final sprint to won the title by just one point from Auckland’s Bee Townsend.