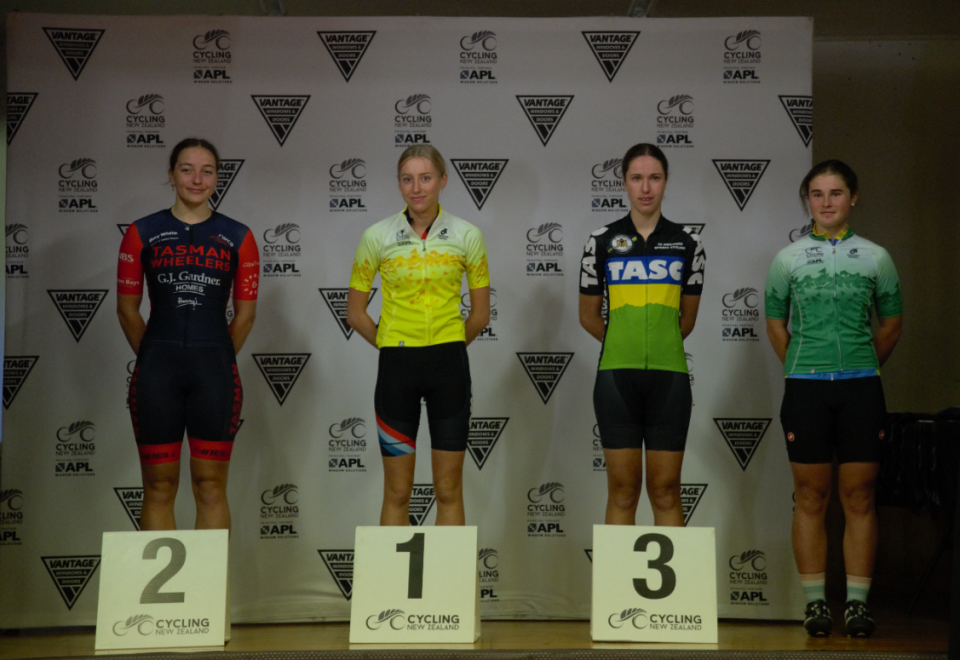 Cycling New Zealand is encouraged by the support and level of performances from developing riders in the inaugural National Racing Series.

The series, which was completed at the Vantage Age Group National Championships in Rotorua last week, was a new initiative introduced by Cycling New Zealand to add a more meaningful element to junior road racing.

The Series incorporated 10 events around the country including an initial Zwift e-race along with regular Tour events in the Manawatu, Hawkes Bay, Tasman and Central Hawkes Bay along with the Nicholas Brown Challenge at the iconic K2 event in the Coromandel. The series also included the pinnacle events on the road racing calendar, Vantage Criterium Nationals, Vantage Elite Road Championships and Vantage Age Group Road Championships.

“We saw that having our best riders compete against each other more often in quality races definitely improved the overall standard of racing and we also saw more depth in the fields which contributed to the competition,” said Cycling New Zealand’s HP Athlete Development Lead, Graeme Hunn.

“Ultimately a number of these riders will venture overseas to race and these experiences will help. From what we have seen this year, the series has already made a positive contribution for road racing.”

The age groups included from Under-19 to Under 13 years, with Auckland’s Lewis Bower winning the Under-19 national series jersey from fellow Fruzio ILABB Development riders Jack Carswell and Zakk Patterson.

“Winning the NRS yellow jersey was a big stepping stone this year and will be one that I will remember with the tough competition from all round the country at every junior tour and all the national events,” said Bower.

The female Under-19 winner was Canterbury’s Amye Kellow ahead of the Velo Project pair of Jenna Borthwick and Charlotte Spurway, also both from the powerful Canterbury junior programme.

“I really enjoyed racing in the series especially as it was the first one. I really enjoyed the variety of courses that we rode,” said Kellow. “I was so stoked to come away with the yellow jersey and polka dot jersey, and looking forward to racing the series again next year. A huge thanks as well to cycling New Zealand and the clubs for running all the events.”

Cycling Otago’s James Gardner pipped Wellington’s Elliott Robertson (NZ Cycling Project) for the Under-17 honours with his strong performances in the final event at the Vantage Age Group Nationals.

The Under-17 female competition was the closest of all the grades with Counties Manukau rider Bonnie Rattray just holding on by just 10 points after Tasman’s Florence McNabb finished strongly at Rotorua.

“It the first national title which is cool. I love the cycling environment and being able to push myself, be with my friends and it is competitive. I ride with my dad – but I am little bit faster than him.”

Te Awamutu’s Joshua Rowe was a commanding winner of the Under-15 competition, with strong performances at the Tasman Tour and Tour of Central Hawkes Bay along with the Vantage Age Group Nationals.

“It means quite a lot to me to have won my age group at the NRS,” said Rowe. “At the start of the year, I had not been in any Tours so I had to learn what things like GC meant. At first, I liked the social side but now I just love it. Ultimately I would love to be riding on a pro team in Europe.”

“I got into cycling through my older sister and I started when I was three years old. I’ve always been riding,” said Gray. “It’s pretty competitive between my sister and I. She is super strong.

“I just want to stay in the sport and keep having fun doing it. In the future to make the junior worlds and go on from there would be quite cool.”