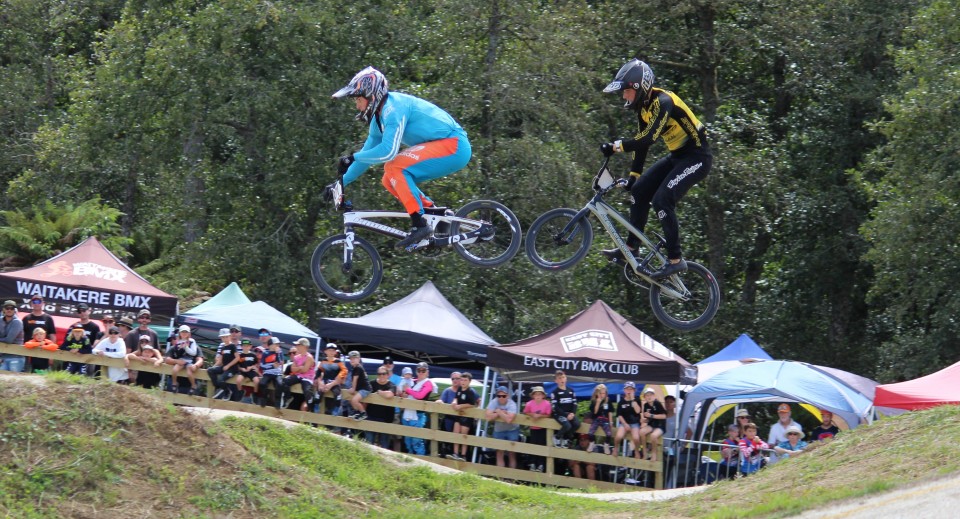 Both riders had to withstand some stern challenges from junior elite riders to emerge on the top of the podium.

Petch, ranked 31 in the world last year, won all three motos in impressive fashion at the international race venue at Waipa.

“Things went well out there and it was good to get another race under the belt,” said Petch who will now wait anxiously for a green light for the UCI World Cup season and remaining events as she pushes her claims for a spot in the team for the Tokyo Olympics.

Both Williams and Smith are part of the Schick Civil BMX Performance Hub development programme.

“I was stoked with how things went today. I rode better than I have ridden before and I am really looking forward to the season ahead,” said Williams.

The elite men’s honours went down to the wire after defending champion Bias slipped a pedal and placed third in the opening of three motos. He recovered to win the next and then rode his way to victory in the third and deciding moto, finishing one point ahead of fellow North Harbour club rider Rico Bearman.

“It was a really enjoyable day here in Rotorua with five of us chasing that top spot in the last race and thankfully I came out on top in that final race,” said Bias.

“I am very proud to be national champ for another year. It was a wicked event. Everyone is racing so well and New Zealand riders are on a good path.”

Bearman claimed the junior elite title and was second overall with the elites, pushing Bias to the final moto.

“The national championships went really well. I managed to win all of the junior elite races today and I am super-excited to see what this year bring and hopefully see if we can get overseas,” said Bearman.

Bearman finished ahead of Bennett Greenough (Cambridge) both riders from the Schick Civil hub programme.

A number of riders repeated wins from the 2020 championships, none more so than Cambridge rider Leila Walker who claimed her ninth straight national title since starting in the sport as an eight-year-old.

Coker was among the riders who won titles in both challenge and cruiser class, along with Holly Oldham (Alexandra), Cooper Richardson (North Harbour), Kurt Bagby (Te Awamutu), Mohi and Christchurch’s Roy Leaning, the oldest competitor in the 60 years plus category.