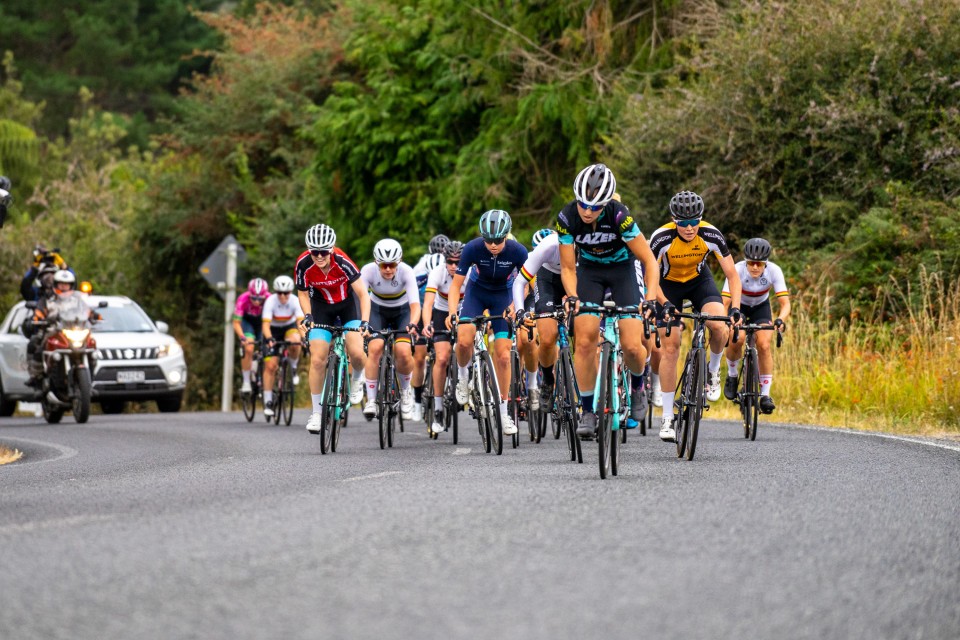 Ebullient Auckland rider Olivia Ray will be chasing a unique treble at the Vantage Elite Road National Championships in Cambridge at the weekend.

Ray, 22, returned from her American university base last year when the coronavirus hit, winning her first elite national title at the Vantage National Criterium Championships in Christchurch and followed up with her first UCI-sanctioned road victory at the Gravel & Tar race in Manawatu.

She is among 34 riders to contest the women’s elite and under-23 road race on Sunday with 21 females to contest the time trial on Friday in the championships that form part of RIDE: New Zealand’s Cycling Festival in Cambridge.

Ray has a unique bag of skills, with her criterium win leading to impressive efforts on the track where she has come under the interest of national sprint coach Rene Wolff.

At the same time she displayed strength and stamina on the road, managing the testing gravel sections on her way to victory at the Gravel & Tar.

Can she now extend that to a 130km road race with three laps over the testing French Pass-Te Miro circuit?

“I am excited for things to come and show again on Sunday that Gravel and Tar was not just a one-off.

“I raced last year and was doing so well in the break with Kate McCarthy but before French Pass I took a tumble and couldn’t finish. I hope that does not happen again.

“I am not the smallest rider so the hills are not the easiest things. This year French Pass should be fun because it is like five minutes of gradual gradient. There’s no Maungakawa climb this time and that is steep and keeps going for a long time.

“People call me a sprinter but I like think I can do what is needed. Hills are not my favourite but they are not a major issue for me.”

The 2018 champion and Commonwealth Games medallist Georgia Williams, who has returned home for the summer ahead of another season on the WorldTour with Team Bike Exchange, will be a clear target.

Defending champion Niamh Fisher-Black and fellow WorldTour star Mikayla Harvey have remained in Europe while Canyon SRAM pro Ella Harris is recovering from a training crash with the trio likely to have set the standards on the climbs.

The Vantage team pursuit track riders, preparing for the Tokyo Olympics, will race including four-time national road champion Rushlee Buchanan, with interest in the likes of former under-23 winner Grace Anderson who rode for BePink; Team Andy Schleck rider Rylee McMullen and former Oceania champion Sharlotte Lucas, who recovered from a puncture to finish second in the Gravel & Tar and will be suited to this course.

Tokyo Olympic reserve Nicole Shields should be a contender in the under-23 battle along with a powerful Velo Projects group including Annamarie Lipp and Stella Nightingale.

The Under-19 category has been added to the Vantage elite nationals for the first time where the remarkable teenager Jenna Borthwick leads an outstanding Canterbury trio with Prudence Fowler and Charlotte Spurway as likely favourites.

The time trials start at 10am on Friday, based at Roto O Rangi School between Cambridge and Te Awamutu with Under-19 females racing over 18.3kms and elite and under-23 riders over 27.6km course.

The Under-19 women road race is on Saturday from 1pm over 80kms with two laps of the French Pass-Te Miro circuit before finishing at Tom Voyle Park in Cambridge.

The elite and under-23 females road race starts at 8am on Sunday, racing over 130kms with three laps of French Pass-Te Miro, returning through the start-finish on each lap.

The men’s preview will be tomorrow.