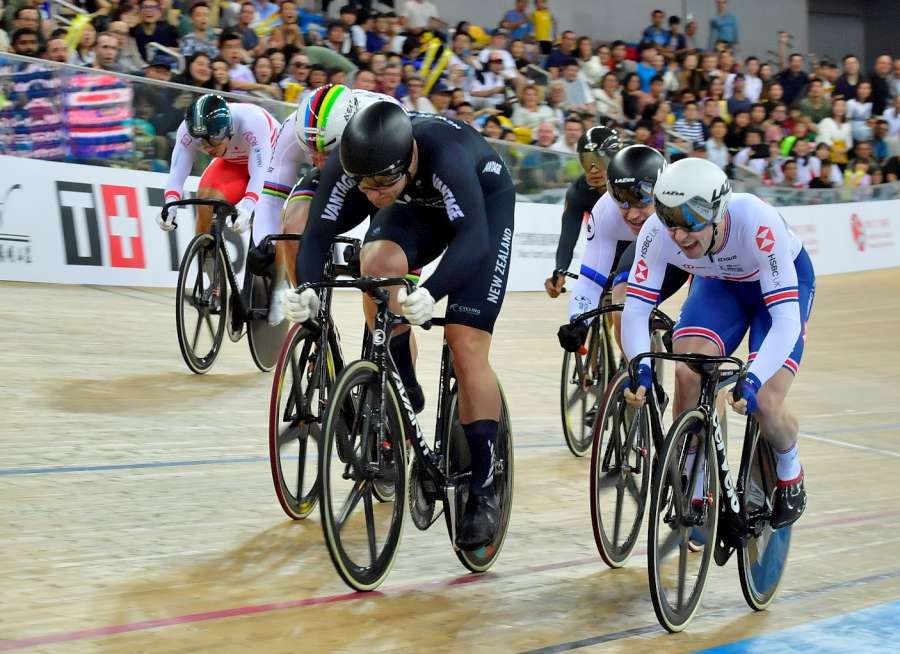 Tokyo Olympic reserve Callum Saunders has been awarded the Marlborough Sportsman of the Year.

Saunders has been a revelation in the Vantage Elite team, after fighting through a number of injuries since he competed at the Junior Track World Championships eight years ago.

His perseverance and hard work paid off with selection to the Oceania Championships in 2019 where he impressed to earn selection for his first UCI World Cup in Hong Kong in November.

Saunders was forced into the sudden-death repechage in the keirin after placing third in his heat, and won to progress to the semifinal, where he placed third by a fraction to earn the last spot in the final.

Saunders, a complete novice at this level, produced a superb display of speed and racing tactics to place himself well in the final lap, and outsprinted the leader Kenny and Buchli for a remarkable victory.

He pushed into the world’s top-20 ranked keirin riders at the time, with the coronavirus stalling his further competition progress in 2020.

Saunders, a proud Marlborough sportsman, said the rich heritage of sporting success in the region had inspired him.

“I’ve always been inspired by a lot of those people that have come before me and aspired to do what they did,” he said.

“I love riding my bike. Even as a junior I was a guy who was there or thereabouts but not one who got records or a heap of gold medals around my neck. The idea of persistence and learning the value to be gained from those low points and those losses has been really important for me.”