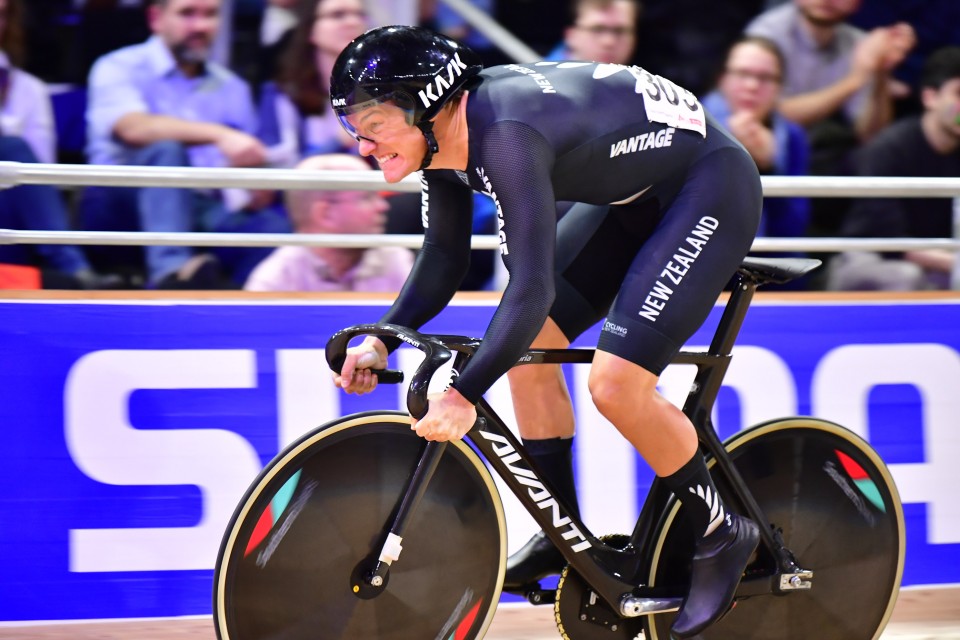 Twenty-one-year-old Kiwi rider Campbell Stewart has finished fifth in the omnium competition on the penultimate day of the UCI Track Cycling World Championships in Berlin today.

The young Vantage elite New Zealand rider was heavily marked, especially in a fast and furious Points race, but a splendid win in the Elimination race pushed him to fifth overall.

Part of New Zealand’s Olympic preparations was to trial using Stewart in all three team pursuit races, the four-race omnium, as well as tomorrow’s 50km Madison.

“Running through the full team pursuit programme and the omnium definitely took a little bit out,” said Stewart. “The Olympics will be three Team Pursuits over three days and next day into the omnium. The hardest thing will be to keep switched on for four days – with a day off and then the Madison on the sixth day.

Stewart placed sixth in the scratch race, 10th in the tempo race, won the elimination brilliantly and finished 12th in the Points race.

“To race against Olympic champions and world champions and get some idea of how they race was important. To get the elimination win against that final group was pretty cool,” said Stewart

“I was probably just a little bit off today so I know I need to push it a little further to really step it up leading to the Olympics so I can be in the top three, or if not to win it.

“It was a hectic Points race. There was definitely times today when I was marked or when guys gave up a better position to follow me and we kept looking at each other. I will need to go back to the drawing board on tactics when there are so many great riders vying for positions.”

Tomorrow, Stewart lines up with Aaron Gate in the two-rider Madison, which is scored like a Points race but with one rider in play, swapping roles with a hand sling shot. The Madison returns to the Olympic schedule for Tokyo after being dropped at Rio.

Earlier, Sam Webster set a new national record of 9.615s in qualifying for the individual sprint along with fellow Vantage elite rider, Ethan Mitchell (9.753s). However, Mitchell was beaten by triple Rio gold medallist Jason Kenny (GBR), while Webster was edged out by second fastest qualifier Jeffrey Hoogland (NED) in a photo finish in the second round.

Earlier, Jaime Nielsen was the best of the Kiwis to be seventh in qualifying for the individual pursuit in a personal best 3:26.508 with American Chloe Dygert breaking the world record twice on her way to the gold medal.

Tomorrow’s final day will see Natasha Hansen and Olivia Podmore compete in the keirin with Stewart and Gate in the Madison.

CAPTION: Sam Webster in action on the way to a national record in the sprint qualifying;  (Credit: Guy Swarbrick)