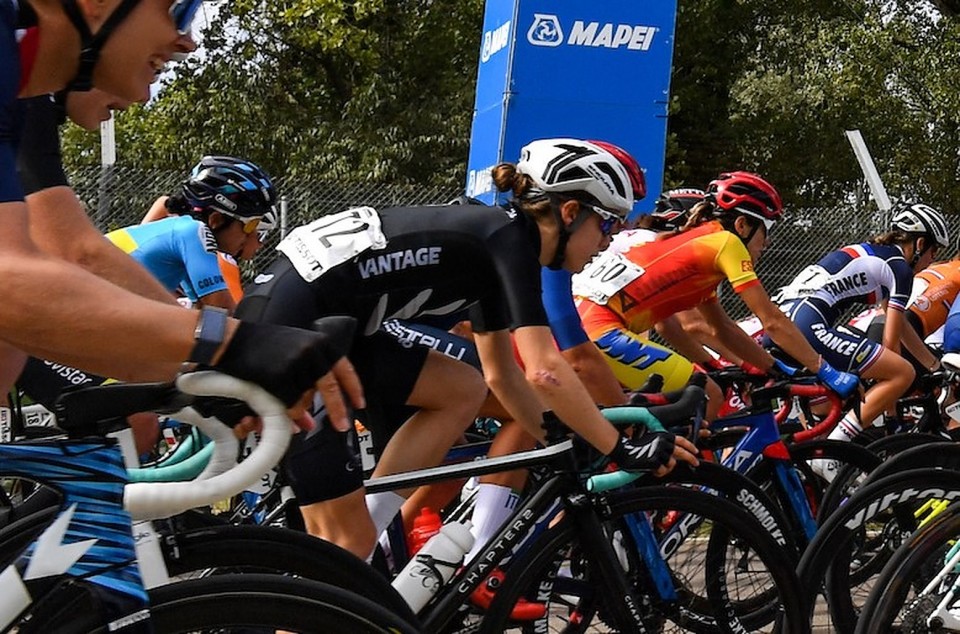 Fisher-Black placed 15th and Harvey 22nd to finish in a select peloton while teammate Georgia Williams, in a support role for the road race, placed well inside the top half of the field in 46th of the 142 starters.

The 144km race that comprised six laps of a challenging 24km circuit with strong crosswinds and 2750m of climbing, proved as brutal as predicted with only 105 finishers.

Dutch superstar Anna van der Breggen rode clear with a lap and a half remaining to solo her way to a second road race world title, to go with the time trial rainbow jersey she won on the first day.

The young kiwi pair of Fisher-Black 21 and Harvey 22 managed to keep safe in the early laps on the narrow circuit and pushed up near the front mid-race.

The powerful Dutch team made the big moves when former world champion Annemiek van Vlerten, riding with a fractured wrist, made the initial move on the major climb on the penultimate lap. Van der Breggen bridged across and went clear on the toughest part of the accent, going solo for the final 40kms to add another rainbow jersey to her illustrious palmares that includes the Rio Olympics.

The kiwi duo pushed into a 20-strong chasing peloton that split on the last climb when van Vlerten and Italian Elisa Longo Borghini pushed clear off the front.

The kiwi pair rode strongly in the remains of the chasing peloton to produce impressive performances, with Fisher-Black’s 15th placing only bettered in past world championships by kiwi cycling stars Jo Kiesanowski, Cath Cheatley and Linda Villumsen.

“For my first world championships it has not sunk in yet but we have all had good races today,” said Fisher-Black, the national road champion.

“I was pretty nervous all week in my first world championships, and the first few laps were really tense with the big group, some crashes and some close calls.

“When the gas went on from the Italians and Dutch, it thinned out and it was full-on from there and super-hard. We just couldn’t go with the small break on the final climb but overall, for me, a top-20 finish in my first worlds is amazing. Honestly I came in with no expectations at all.”

Fisher-Black said she and her Equipe Paule Ka teammate Harvey had focussed on recovery this week following their strong performances in the Giro Rosa last week.

“I did no training, just a few easy rides and let the gains from the Giro Rosa sink in and allow the body to recover.”

She is excited by the performances of the team and the experience, although there is little chance to savour the performances as the three kiwis leave immediately to compete in the Ardennes Classics in Belgium starting mid-week.

”To have all three girls finish and inside the top third was excellent. Georgia did her job to set up the others and both Niamh and Mikayla rode brilliantly on a really tough course.

“They are so young and inexperienced that it is very exciting for the future for women’s cycling in New Zealand,” he said, noting that another young World Tour kiwi rider, Ella Harris had missed the championships with injury.

The hastily re-arranged and truncated world championships conclude tomorrow with the men’s road race over 260kms with an eye-watering 5000m of climbing around the same circuit as the women. The team is led by George Bennett, coming off the Tour de France, and Dion Smith, who enjoyed his first World Tour victory recently in Italy. They will be supported by Patrick Bevin and Finn Fisher-Black.

CAPTION: CAPTION: Niamh Fisher-Black (centre) during the neutral lap of the Imola motor race circuit in Italy. (For editorial use only. Credit: SWPix)