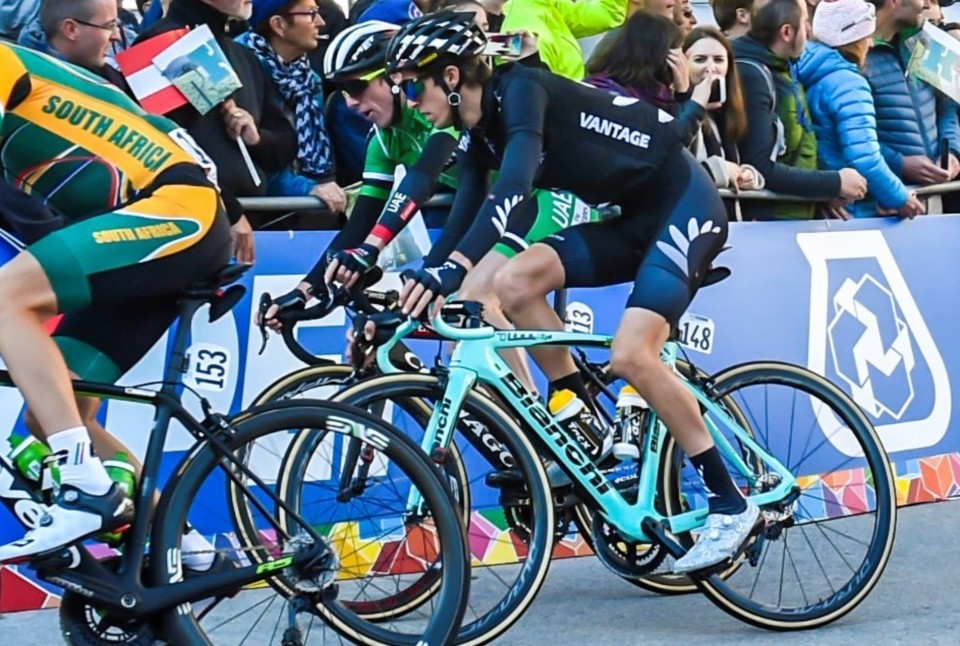 A powerful Vantage New Zealand team, dominated by World Tour riders, has been named to contest the UCI Road World Championships in Yorkshire next month.

Three of the four men named for the road team are currently competing in the Vuelta a Espana, the final Grand Tour of the year, with the three-strong women’s team all with World Tour team experience.

The 17-strong team will compete in the championships from 22 to 30 September, based in Harrogate.

“It is a strong group of professional riders who will line-up for New Zealand in Yorkshire,” said Cycling New Zealand high performance director, Martin Barras.

“We do not have the ranking points to allow for a full team, but this is one of the stronger teams of riders both numerically and in quality of their performances this year.

“It is particularly pleasing that we are developing depth in the women’s ranks in terms of young riders who have produced competitive performances for World Tour teams in the cut-and-thrust of tough racing in Europe which is the hot-bed of the sport.”

Barras said the Yorkshire terrain will provide a demanding test without the high mountains and altitude factors of last year’s world championships in Austria.

The talented 21-year-old James Fouche, currently a trainee rider with Mitchelton-Scott, heads the under-23 men’s team. The double national junior champion, who has ridden for Team Wiggins continental team since 2018, is joined by Wanaka’s former mountain biker Paul Wright, the Skoda-Fruzio rider, and Marlborough’s Ethan Batt, a national junior representative.

The team is rounded out by an exciting junior men’s group headed by Waikato’s Drew Christensen, Nelson’s Ari Scott and Auckland’s Reuben Thompson, who were part of the national under-19 team that completed a successful campaign in France recently. They are joined by Christchurch’s Logan Currie (Subway Upper South Performance Hub), the national junior time trial champion, and Nelson’s Finn Fisher-Black, the current junior track pursuit world record-holder and Oceania road race and time trial champion.