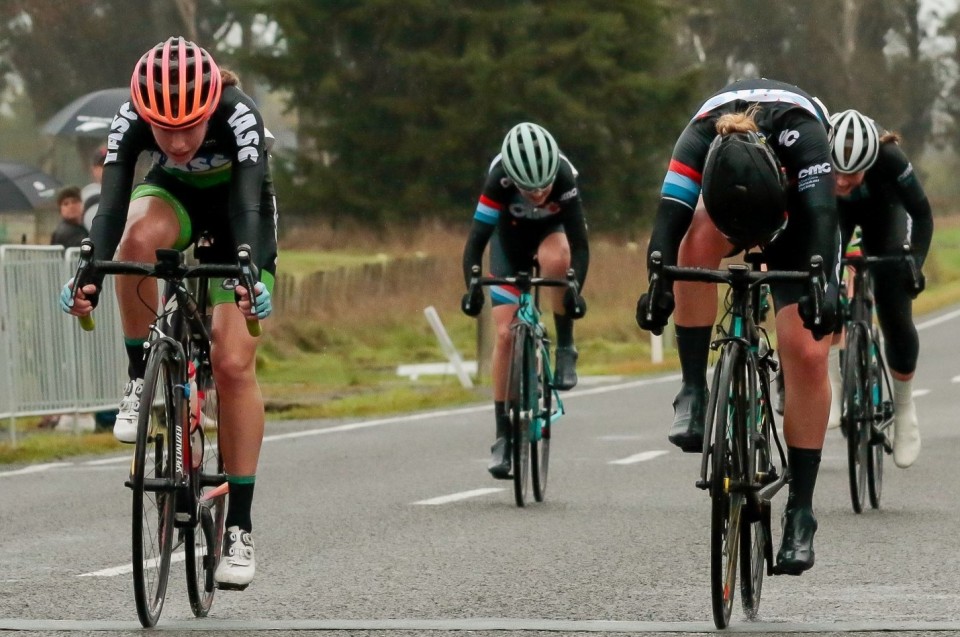 Nearly 550 cyclists from the Far North to Southland will descend on Rotorua this week for the Vantage Age Group Road National Championships.

They comprise riders from under-15 years to senior, Masters from 35 years to over 75 years and Para cyclists for the three-day competition, organised by Cycling New Zealand and supported by host club, Cycling Rotorua.

The championships, comprising time trials and road races, is based in and around Waikite Valley, which is 26kms south-east of Rotorua.

In these covid-times, the Tokyo Olympic-bound endurance track riders will add some gloss to the championships, all competing this week with their traditional international Olympic build up unable to take place.

The squad include the likes of three-time Olympian Rushlee Buchanan, and world champions Aaron Gate, Campbell Stewart and Corbin Strong.

There will be strong competition among young riders, with the under-23 standouts including Counties Manukau’s Ella Wyllie, Canterbury’s Annamarie Lipp, a winner last year, and Te Awamutu’s Maddi Douglas. Olympic squad track riders Nicole Shields and Ally Wollaston will be strong contenders.

Outstanding Canterbury rider Amelia Sykes who won the under-19 elite time trial at Cambridge in February and has dominated on the track, will be the rider to beat.

Cambridge rider Seana Gray, who won both road and time trial at under-15 level last year, steps up to under-17 where Ruby Spring (Counties Manukau) is a strong candidate.

Strong, Kiaan Watts, George Jackson and defending champion Logan Currie are riders to watch in the under-23 male category.

In under-19 racing, South Canterbury’s Jonathan Fish, a double winner in the under-17 last year, steps up to take on age group defending champion Jack Carswell (Te Awamutu) with Southland’s Mitchel Fitzsimons also a serious contender.

Noah Hollamby (South Canterbury) and Kane Foster (Te Awamutu), who won under-15 titles last year, step up to the under-17 category, while six of the 16 starters in the under-15 group are from the strong Counties Manukau club.

As well as the Olympic track riders, there are a number of other riders with professional experiences in Europe, but currently home-bound including the likes of Auckland’s Grace Anderson, who rode for UCI World Tour Be Pink last year and has been top-10 at the Santos Women’s Tour, national representative Alicia Evans, who also rode on the UCI women’s tour last year, and well-performed Hawkes Bay rider Kirsty McCallum.

Cycling is a sport for all ages, with seven riders entered in the men’s 75-79 years age group and four in the women’s 70-74 years category and over 30 riders in the under-15 age group.

There is considerable interest in the Para cycling riders, led by remarkable South Canterbury hand-cyclist Jonathan Nelson, fresh from his outstanding race record performance at the 192km K2 race around the Coromandel last weekend.

Cycling is also a family sport, none more so than Auckland’s Pawson family with Commonwealth Games medallist Tim, wife Penny is a Masters world champion on the track and they are competing with talented sons Bernard and Edward.

Amid a host of family connections competing this week is Counties Manukau’s Denise and Colin Claxton, a Masters world champion, both in the 70-74 years category and Christchurch’s mother and son, Sharon and Marc Prutton. Sharon holds numerous records in the Coast to Coast, triathlon and also world titles on the road, while son Marc is an accomplished triathlete and cyclist, and now a well-known coach, and guided the New Zealand team at this year’s New Zealand Cycle Classic.

Racing starts with time trials on Friday from 9am and continues with road races across both Saturday and Sunday.  All races finish near the Waikite Valley School with road races on the weekend.

CAPTION: Seana Gray (left) and Ruby Spring in a photo-finish last year, will clash again in the under-17 category at the Vantage Age Group Road National Championships in Rotorua starting on Friday. (Credit: Grant Harris)

For more details and results and spectator zones  http://roadnationals.nz/