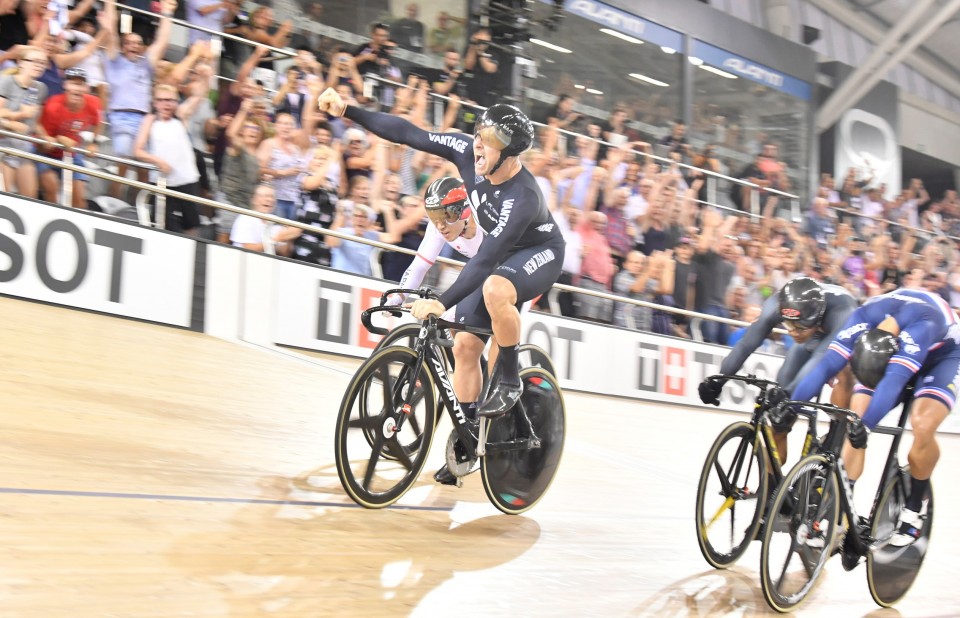 One of New Zealand’s most celebrated and colourful track cyclists, Eddie Dawkins, has today announced his retirement from the sport.

Dawkins, noted for his immense physique, whole-hearted performances, unique humour and celebrated tattoos, had been contemplating the next stage of his career after the 2020 Tokyo Olympics.

With the postponement until 2021, Dawkins has decided that the commitment for a further 15 months is a bridge too far.

“I want to thank my parents for their love and continued support throughout my cycling career. Also, I want to thank my wife for being my biggest supporter and standing right beside me through the wins and the losses,” said Dawkins.

“My wife and I have been working on what is next for us and we are excited for the next adventure and tackling it together.

“I wanted to commit everything I had into one last Olympic campaign with Ethan and Sam for Tokyo 2020,” said Dawkins.

“To now face a further year on top of that, and with no certainty even then, is a step too far for me. If I can’t give my heart and soul to this, to continue to improve and get faster, then anything less would be letting myself down and above all else, letting my teammates down.”

“I’ve been in the high performance programme over 12 years and it’s been on a wild journey. Ethan, Sam and me have been like brothers. We’ve been to the top of the world and spent countless hours together in training, travelling and competing.”

Dawkins said he was indebted to the Southland community and Cycling Southland for getting him involved in the sport.

“In particular I want to recognise the late Laurie Tall for introducing me to the sport of cycling. Also, Will Payne for coaching me in the gym until I joined the New Zealand team and for tutoring me while at SIT during my studies towards my Bachelors of Sport and Exercise Science.

“I want to publicly thank Nick Harris for being my personal coach and setting me up to be the best sprinter I could be.

“And I want to thank Cycling New Zealand for seeing potential in me as a junior and for creating a programme around sprint to allow our team to train and compete for medals all over the world.”

The team sprint trio first medalled on the world stage with a bronze at Melbourne in 2012 and silver in Minsk the following year. The breakthrough world championship title came at altitude in Cali in 2014, followed by a silver on a technicality to hosts France in the 2015 final in Paris, before further rainbow jerseys at London in 2016 and Hong Kong in 2017. They broke the Olympic record at the Rio Olympics before being pipped by 0.1s to Great Britain in the gold medal final.

Dawkins is a superb exponent in the keirin, earning world championship silver medals in 2015 and 2016. He was ranked No 1 in the World Cup rankings for individual sprint in 2014; the first kiwi sprinter to go under the 10-second barrier in the 200m sprint and the first under the one-minute barrier at sea level in the 1000m time trial as well as renowned for his training weights in the gym.

He is a super-popular and humorous character. One occasion was when he was involved in a serious crash that brought down most of the field in a world cup keirin final in Manchester. After walking his bike to the finish line, the doctor rushed to check if he was alright. Dawkins replied that he was from New Zealand. Worried that he may be concussed the doctor asked again if he was ok. “I’m from New Zealand,” Dawkins again replied. “We don’t feel pain.”

Cycling New Zealand CEO Jacques Landry said his organisation and the sport owe a huge debt of gratitude to Dawkins.

“His career speaks for itself on the track and he has been a larger-than-life character off it. Together with Ethan Mitchell and Sam Webster they formed a remarkable partnership that took them to the top of the sport where they dominated for several years. In doing so they flew the New Zealand flag around the world on track cycling’s biggest stages.

“In a nation noted internationally for its endurance athletes over a range of sports, Eddie has shown that kiwis sprinters can fly.

“More recently Eddie has completed coaching courses with the UCI, and we are hopeful that we may see him back in the Avantidrome in the future.” 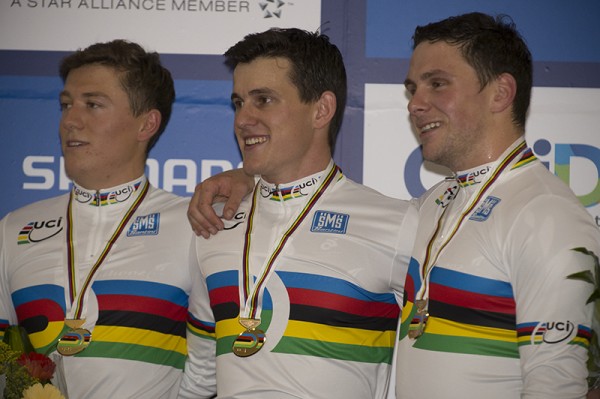