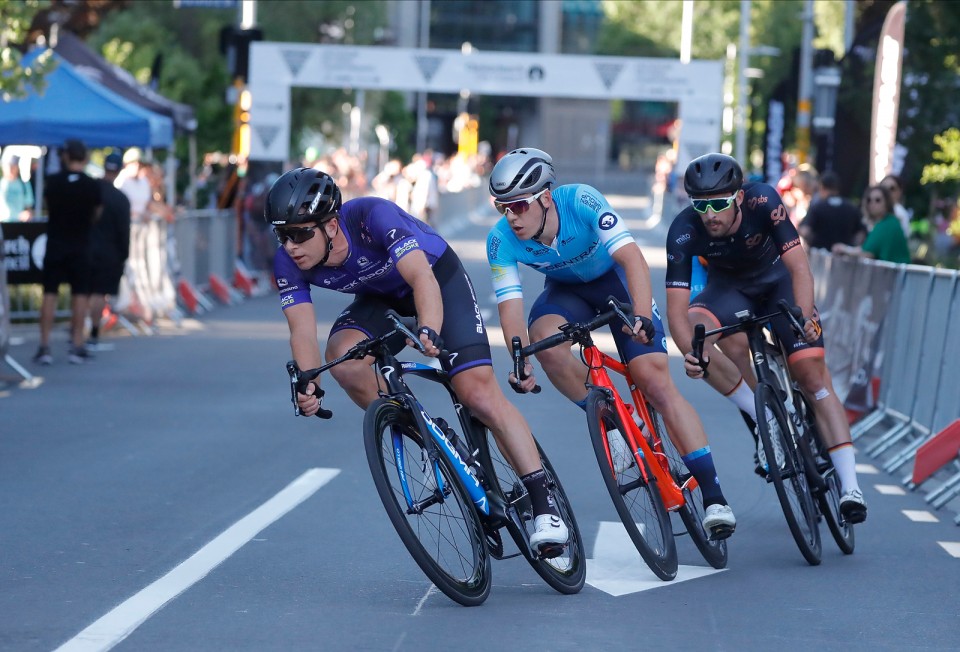 Auckland rider Aaron Gate continued his dream end to a troubled year with a brilliant victory in the Vantage Criterium National Championships in Christchurch.

While Gate was among the pre-race favourites after his win in the recent Tour of Southland, the women’s winner was USA-based Aucklander Olivia Ray who has only returned to New Zealand because of the coronavirus.

Gate outlasted three riders in a final sprint to win the criterium honours for the first time, as he now awaits the naming of the track team for the Tokyo Olympics.

Gate made the move on the back straight while Stewart slipped his cain launching into the final sprint. Gate pushed clear to win ahead Scott and Oliver.

“It was a fun race. It is the first time I’ve been able to race a criterium for a while. It was great to race in it with so many good Canterbury people here to cheers us on,” said Gate.

“It was great fun on that course. Even into the head wind on the back straight I didn’t see us going under 50kph at any stage. The team set me up perfectly. It’s great that the form is still there and things are tracking well with Tokyo next year and look forward to the selection this coming week.”

The women’s race over 35 minutes was a tightly fought affair, with the quartet forcing their way to the front over the final laps.

Ray has been based in school in Savannah, Georgia studying advertising and design, and part of their cycling team. However when coronavirus hit, she returned to New Zealand to continue her studies remotely.

“I have been wanting to win this for so long. I’ve been based in the States for a few years and racing just crits in our team all the time. I wanted to show what I have learned and do it here,” said Ray.

“It is amazing. I can’t believe it. It’s emotional.

“There was a crash on my outside and it was good to miss that. In that last few metres I managed to pip second place. I was confident in my sprint – that is my thing.”

The under-19 men’s contest proved an aggressive race with a number of breaks including that by Timaru’s Mitchel Fitzsimons who had a 15 second advantage with 10 laps remaining. He was hauled in until the Skoda Fruzio rider Lewis Bower pushed off the front. He held his advantage with a superb solo effort to win by a distance in his first year as an under-19 rider.

He was runner-up in the under-17 road championships earlier in the year before moving up to the under-19 category.

“I can’t believe it. I was not expecting it for a first year under-19 but it managed to happen and I need to thank my teammates who set it up.

“When I caught the leader he wasn’t willing to push on so I decided it was best to push on myself. There was just under three laps left and I thought I was going to be brought back but luckily my teammate sat on the front and slowed it down which gave me the upper hands around the corners.”

The pair were both selected for the junior world track championships this year, which were cancelled because of the coronavirus.

“There were lots of attacks from the start and everyone worked hard,” said Borthwick. “I love riding aggressively to get the job done but I thought Charlotte had timed her attack perfectly when she got away but we managed to bring her back.

“It is awesome to ride here at home with lots of friends and family out to support and watch me do well.”

Auckland’s Ruby Spring and Dunedin’s James Gardner took out the under-17 titles.