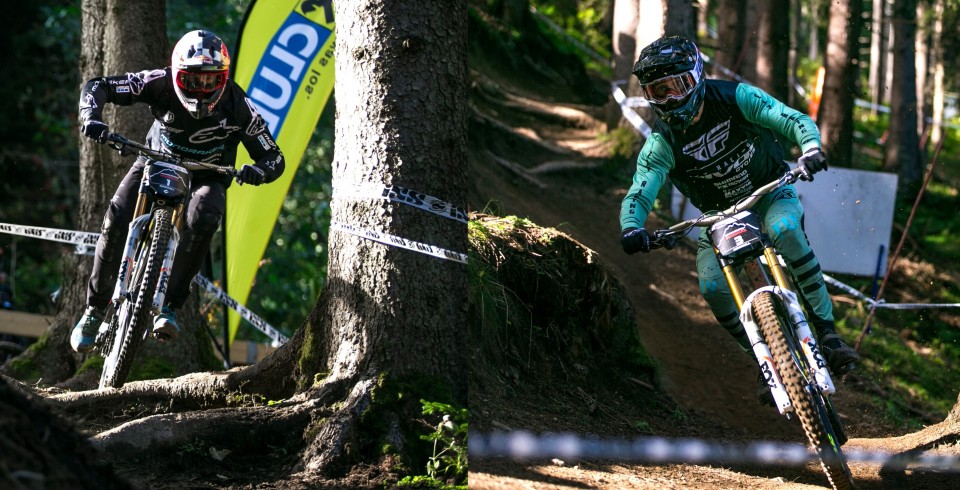 New Zealand’s leading downhill riders, without any significant competition since the coronavirus hit, have found excellent form as a shakedown for this week’s UCI Mountain Bike World Championships in Austria.

The kiwis were in-form at the third round of Crankworx in Innsbruck, Austria with eyes on the men’s downhill competition where Taranaki pro Eddie Masters, riding for his Pivot Team, finished second with fellow kiwi George Brannigan (Propain Factory) in fifth.

Many eyes were on the return of the remarkable Brook MacDonald just over 12 months since his massive crash where he fractured two vertebrae and an inspirational recovery after there was potential he might not walk again.

MacDonald rode his MS Mondraker bike to 11th place which was an excellent performance ahead of the world championships at Leogang in Austria.

The world championships begin with training for downhill on Thursday, qualifying on Friday and race day on Sunday, while cross-country titles will be decided on Saturday (local time).

While the weather at the resort of Innsbruck remained fine for the mountain bikers, the road riders suffered cold and wet conditions in Belgium for the second of the Ardennes Classics with a brutally tough Liege-Bastogne-Liege.

Harvey finished in the group 3m27s behind the winner with Fisher-Black a few seconds back but just ahead of a prestigious trio of Italian star Elisa Longo Borghini, world champion Anna van der Breggen and compatriot and three-time world champion, Annemiek van Vlerten.

The New Zealand riders are expected to be back in action in the famed Gent-Wevelgem in Flanders Fields this weekend.