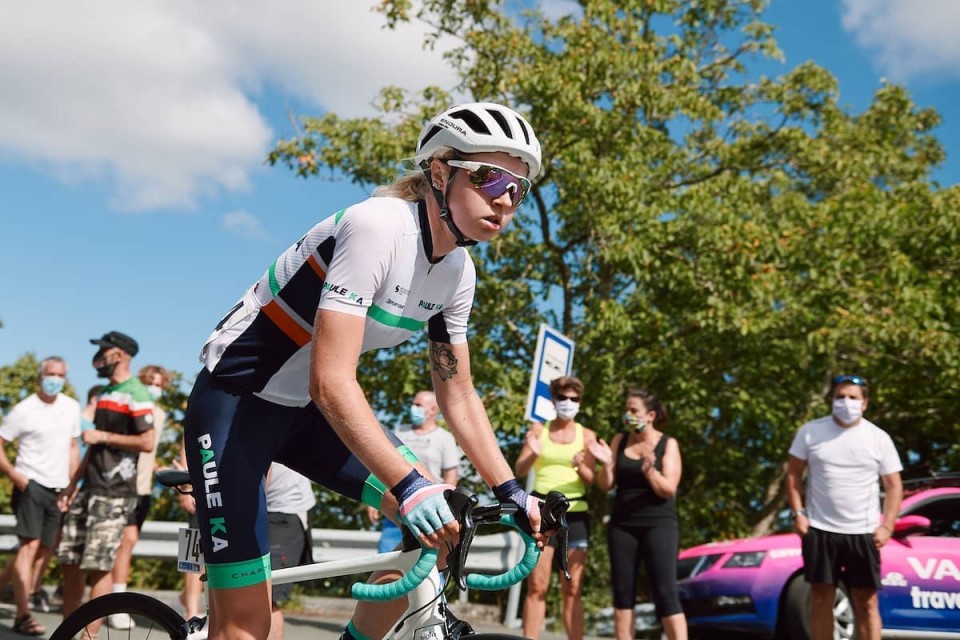 It is the 31st edition of the World Tour race better known as the Giro Rosa which is the toughest test on the Women’s World Tour with nine stages over the week, and is one of only two stage races on the revised World Tour schedule post the Covid outbreak

The Tour will ride through regions of Tuscany, Umbria, Lazio, Campania and Puglia. The race will include four hilltop finishes on stage 3 in Assisi, stage 4s over 170km race to Tivoli, stage 8 at San Marco La Catola and the final stage 9 at Motta Montecorvino.

The event will open with a team time trial where Harvey was second last year with Bigla Pro Cycling with the team rebranded as Equipe Paule Ka, backed by the fashion house for the next five years.

Harvey enjoyed a strong debut in the Giro Rosa last year where she finished fifth in the young rider category and 32nd overall. Just turned 22 this week, the Wanaka rider has turned heads in Europe to be now ranked 74th in the world, and fifth among riders under 23.

After progressing through the Mike Greer Homes Women’s Team, run by her father Patrick Harvey, she moved to the USA-based continental Team Illuminate who ventured into Europe for a campaign in 2018. Harvey impressed sufficiently to earn a call-up to Bigla Pro Cycling and enter the UCI World Tour in Europe where this year she has enjoyed outstanding performances at Strade Bianche (12th), Grand Prix de Plouay (13th) and the women’s Tour de France (12th).

This year she has been joined at Equipe Paule Ka by the remarkable Niamh Fisher-Black, who turned 20 last month, and is currently the second youngest rider in the UCI top 100 ranked riders.

She ventured to Europe last year where she was picked up to join Harvey at Bigla Pro Cycling, impressing when she finished second in the young rider category of the Giro Delle Marche. She returned home to win the national championships in Cambridge in the New Year at just 19 before heading back to Europe to join Equipe Paule Ka.

With no true mountain stage this year, there is nonetheless a power of climbing although the race may prove more tactical rather than favour a specialist climber.

Equipe Paule Ka will be a team to watch with Harvey and Fisher-Black providing key support to Great Britain rider Lizzy Banks.

Harvey and Fisher-Black are the only Kiwis in the field, with Ella Harris (Canyon SRAM) not recovered from a fractured femur in training last month, while Georgia Williams is a reserve for Mitchelton-Scott.