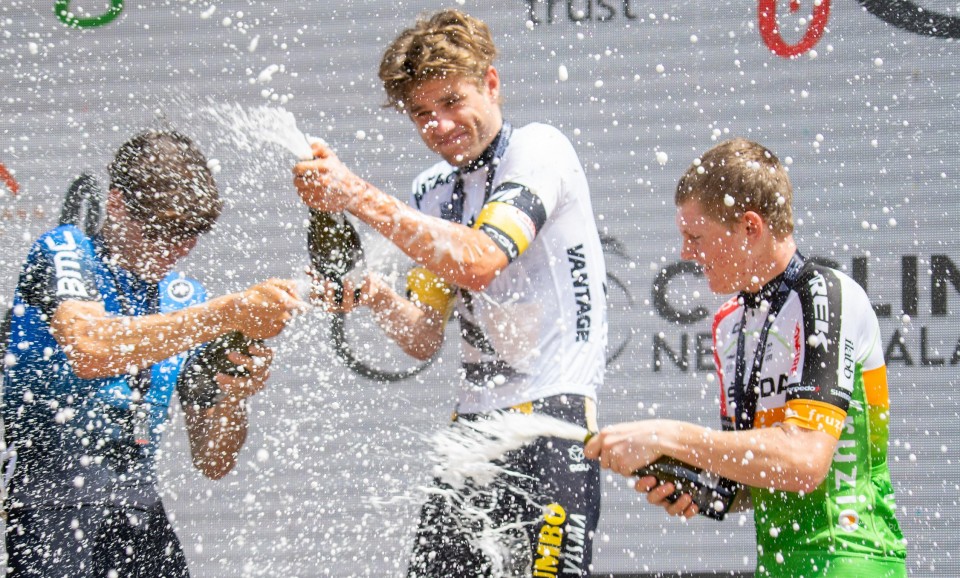 The championships form the flagship event of RIDE: New Zealand’s Cycling Festival in Cambridge from 12-14 February.

There are 84 riders entered for the Time Trial based from Roto O Rangi School between Cambridge and Te Awamutu on Friday 12 February with 166 riders to contest the road races on Saturday 13 and Sunday 14 February based from Tom Voyle Park in Cambridge and taking in the limbs around French Pass/Te Miro.

The record numbers are also matched by quality with winners of 30 national road titles included in the field.

WorldTour riders Shane Archbold and Niamh Fisher-Black have remained in Europe with travel restrictions and unable to defend their elite road titles. However Niamh’s brother Finn, who will ride for the glamour Jumbo Visma Development professional team this year, will defend his under-23 titles in both road and time trial.

Canyon SRAM WorldTour professional Ella Harris, who won both female under-23 titles, has not recovered sufficiently from injury to compete.

The elite time trial champions who are better known in others sports will defend their titles, in Ironman New Zealand champion and record holder Teresa Adam and rowing superstar Hamish Bond.

There are a host of quality riders with the men’s elite field including the current world top-30 ranked professional George Bennett (Jumbo Visma), hoping for the road title that has eluded him after finishing runner-up in both the time trial and road race last year.

There are a number of Tokyo Olympic-bound track riders competing including the in-form Aaron Gate, Campbell Stewart and Tom Sexton – all riding for Black Spoke Pro Cycling – plus Corbin Strong and Regan Gough.

Also included are mountain bike stars Ben Oliver and Trek World Professional Anton Cooper, who will both be targeting their off-road nationals at the end of the month in Christchurch.

The women’s fields include WorldTour rider Georgia Williams (BikeExchange), the 2018 road and time trial winner, and the in-form Sharlotte Lucas, who rode for TIBCO on the WorldTour last year) and Rally Cycling professional Olivia Ray, chasing a hattrick of wins after the Vantage National Criterium Championships and Gravel & Tar victories. There are also a strong group of Olympic track riders using their race as preparations towards Tokyo.

There will be interest with the under-19 category included in the championships after previously decided with the Vantage Age Group Road National Championships later in the year. They will race over 80km (females) and 115km (males) in the road race on Saturday 13 February.

The elite and under-23 women will race over 130kms on Sunday 14 February with three laps of the French Pass/Te Miro loop, passing the start-finish base each lap. It will include 1,720m of climbing.

The elite and under-23 men will race over 174kms with four laps of the same course with 2,280m of climbing and will also pass the start-finish each lap.