Aaron Gate bounces back with silver medal in omnium at Roubaix

Aaron Gate bounces back with silver medal in omnium at Roubaix 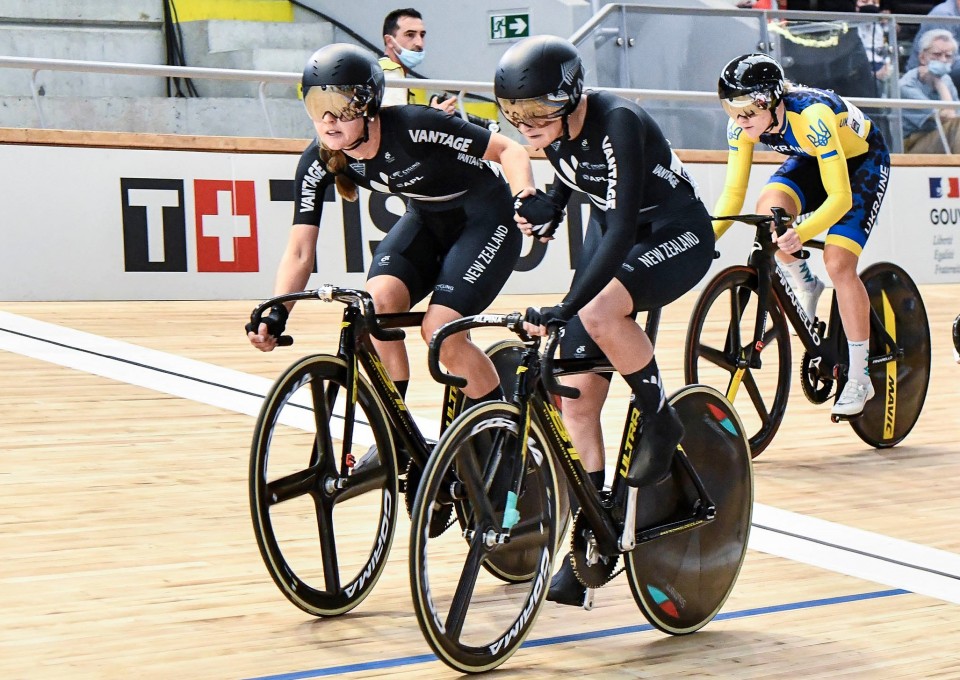 Gate won the silver medal in the four-event omnium behind Great Britain’s Ethan Hayter, who dominated the competition, with the Kiwi covering his rivals to claim second place.

It is reward for the likeable kiwi cyclist, who just 11 weeks ago fractured his clavicle in a disastrous crash when New Zealand were within reach of the bronze medal in the team pursuit at the Tokyo Olympics.

The 30-year-old said he was thrilled with the effort which in part helps erase his Olympic woes, and he wanted to share today’s performance with his Izu Velodrome teammates.

“I came into this not knowing how the track form was and I only had couple of days on the track here in Roubaix before racing. The podium was definitely goal but I didn’t know if it was achievable or not until I started racing,” said Gate.

“The scratch race went pretty well and set the tone and I progressed from there. I didn’t have the legs in the points race that I would have liked but at the same time, at the halfway mark I knew I was racing for second. Hayter was in a class of his own today. So I have to be pretty happy with that.

“I guess it is some redemption so to speak. Izu still hurts because it was a team event and I didn’t get a chance to stand up there with my teammates but this is a bit of silver lining. I have some texts from the boys already and look forward to catching up with them.”

It is his third medal in the omnium at the world championships, winning in 2013 in Minsk, and taking the silver in Hong Kong in 2017. It was the fifth omnium medal for New Zealand with gold in 2019 to Tokyo medallist Campbell Stewart and silver to successful road professional Shane Archbold, who is helping out as team director this week in Roubaix.

Hayter dominated the competition to claim the gold medal, putting two laps on the field after going into the final points race with a six-point advantage. He also won five sprints in a dominant performance.

With Hayter out of reach, Gate focussed on covering Portugal’s Iuri Leitao who was his closest challenger for the silver, and kept a weather-eye on the fast-finishing Italian rider, Elia Viviani.

Gate started strongly scoring points in four of the first five sprints, and importantly was second and third in two crucial late sprints before covering the Portuguese rider to protect his second placing.

Earlier Michaela Drummond and Ally Wollaston had a top-10 finish in the two-person madison, finishing a creditable ninth in the demanding 120-lap event, which is a points race with the teams inter-changing riders with a hand-sling action.

Gate returns to the track for the final day tomorrow, pairing up with Corbin Strong in the men’s madison.

The championships are broadcast live on Sky Sport.

CAPTION: Aaron Gate in action in the omnium and sharing the podium with his son Axel, with Ally Wollaston and Michaela Drummond in action at the UCI Track Cycling World Championships. (Credit: Robert Jones)