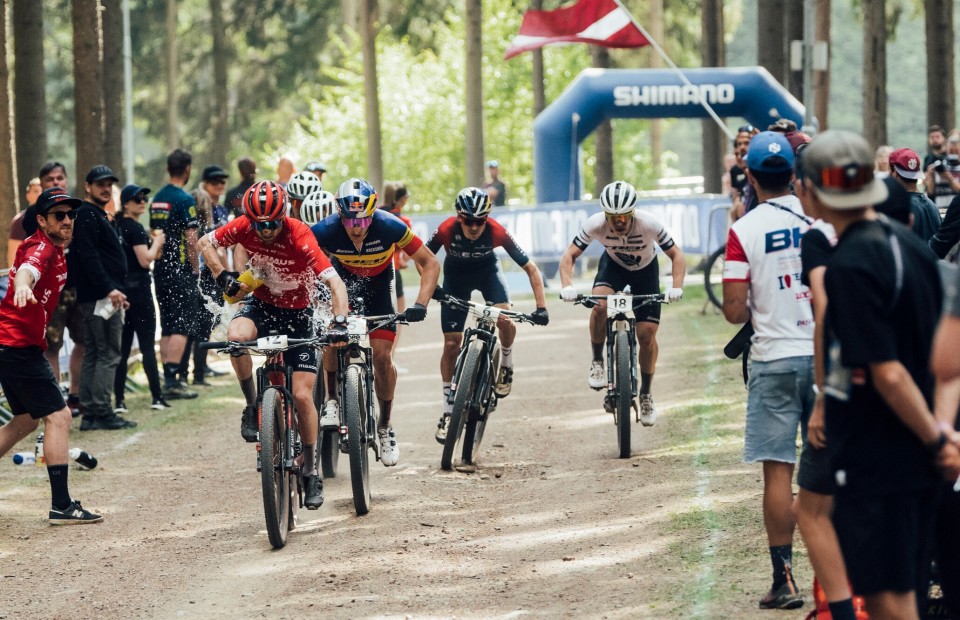 Anton Cooper roared back to the sharp end of the elite field to finish on the podium in the third round of the Mercedes Benz UCI Mountain Bike World Cup in the Czech Republic today.

“It was my best race since Tokyo for sure. When you have a good feeling, it adds fuel to the fire and you can hang in there with the top guys,” said Cooper.

“I was confident with every training and with more racing in the legs that my form was going to improve. I was hoping for a top-10 so to be up there in fourth and right up there in the mix is a pretty cool feeling.

“I was trying to ride my own pace and keep out of trouble. I was happy with my tempo and not burning all the matches too early which is what happened in the early laps at Albstadt. It has traditionally been quite a strong race for me and so I take some confidence from it.

“Nothing beats that feeling to be at the point end of a World Cup race in front of 20,000 plus spectators is pretty cool.”

Compatriots Ben Oliver finished 58th 6:43 down on the winner, Sam Shaw 92nd and Sam Gaze did not finish, with Cooper and Oliver remaining in the Czech Republic for a European race next weekend.

VISION: Link to coverage of men’s race with Cooper prominent.