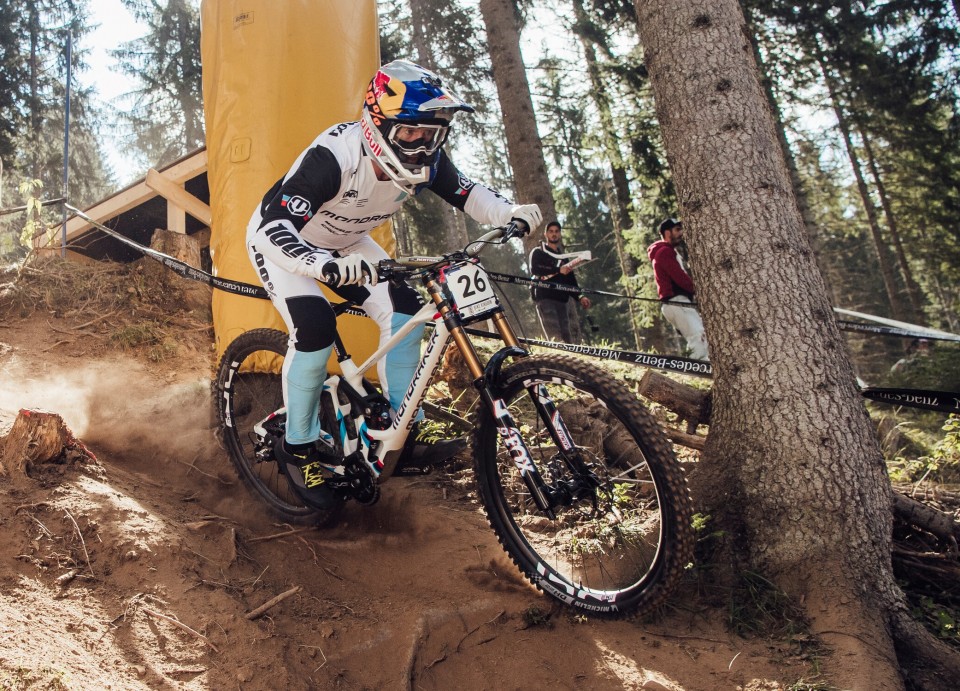 New Zealand’s young gravity riders continued to shine with Hamilton’s James MacDermid finishing on the podium at the penultimate round of the UCI Mountain Bike World Cup in Switzerland.

It continues the strong form from the young kiwi downhill riders, with his YD Racing teammate Lachie Stevens-McNab scoring podiums at Maribor and Les Gets, as well as the world championships at Val di Sole last weekend.

The pair are fourth (Stevens-McNab) and fifth (MacDermid) respectively on the World Cup standings with a final round across the Atlantic in West Virginia, USA next weekend.

Meanwhile the best of the kiwi elites was Brook MacDonald, with the MS Mondraker professional from Hawkes Bay finishing 18th in the final, 6.3s behind winner Loris Vergier, who led a French shutout of the podium with Loic Bruni and Thibaut Daprela.

MacDonald has moved to 23rd on the World Cup standings to lead the New Zealand downhill riders with the final round in Snowshoe to come.

Rotorua’s Tuhotu-Ariki Pene, who enjoyed a superb top-10 finish at the world championships last weekend, finished 42nd in his first year on the elite circuit, with Finn Hawkesby-Browne 55th of the three New Zealand riders to qualify for the finals.