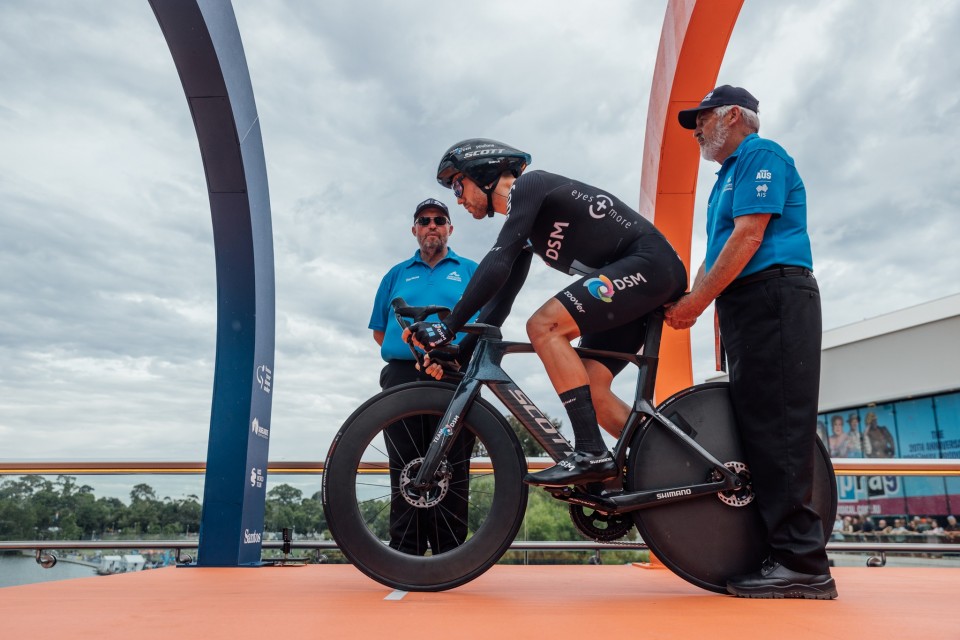 Double mountain bike world champion, Sam Gaze was the best of the kiwi riders in the opening prologue for the men’s UCI Tour Down Under in Adelaide.

Gaze, one of 12 New Zealanders in the field for the UCI World Tour event, was fifth fastest in the 5km test around an inner city Adelaide course, clocking 6:30 for the distance to be in a share of fourth place.

There were four New Zealand riders in the top 20 in the prologue including Corbin Strong for Israel Premier Tech in 6:35 in 13th place. Michael Vink, a noted time trailer, enjoyed an excellent first WorldTour debut for UAE Team Emirates to be 16th in 6:36, sharing that with multi world time trail champion, Rohan Dennis. Just behind him from Patrick Bevin for his new Team DSM in 17th.

Italy’s Alberto Bettiol (ED Education-EasyPost) has the leader’s yellow jersey for the first stage after winning the prologue in 6:19 with an average speed of 52kph.

Light rain later in the afternoon made for a slippery and treacherous circuit with a number of riders falling on the narrow course around the river.

The first stage proper is a flat 150km stage starting and finishing in the Barossa wine growing region.