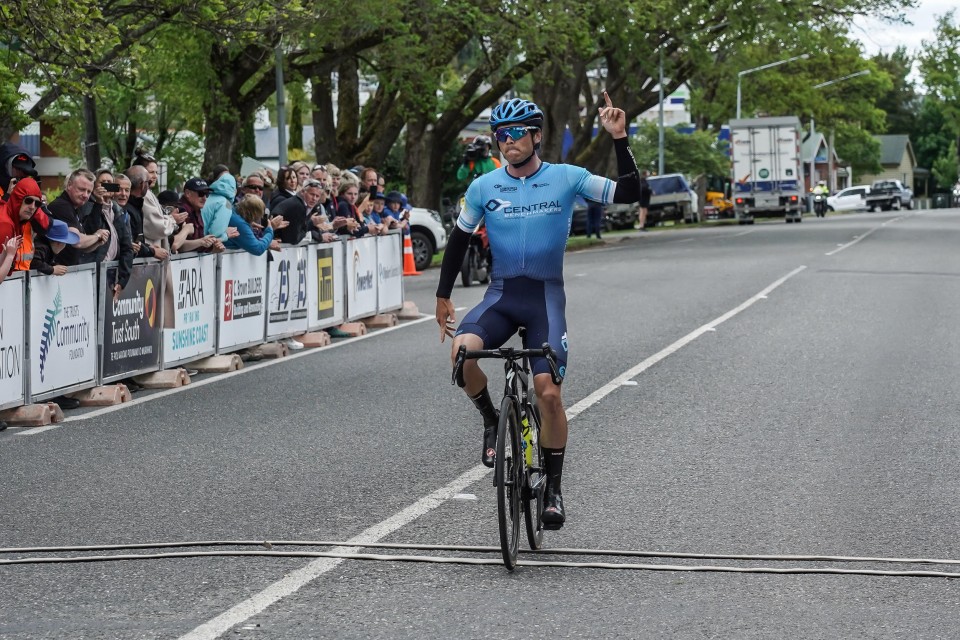 Southland’s Josh Burnett has ridden the hardest 15km of his life to put himself in with a chance of making history on the 2022 SBS Bank Tour of Southland.

The 22-year-old, riding his home tour for just the second time, could become the first Southlander to win New Zealand’s most prestigious stage race since Doug Bath in 1994.

That leaves Burnett 8sec ahead of Bettles, and 40sec ahead of leading under 23 rider Josh Kench (Powernet) in third place, heading into tomorrow’s final two stages; a 13km individual time trial and final 77km stage from Winton to Invercargill.

After multiple attempts at breaking the race up early in the stage, a 10-strong breakaway finally managed to gain a decent advantage as the race made the right hand turn at Winton and felt a significant breeze at their back.

That was whittled down to eventual stage winner Grave, Max Campbell (Business South), Daniel Bridgwater (Base Solutions Racing) and Elliot Crowther (Quality Foods Southland) who managed to stay away as the race roared into Gore.

“That was a really long day out there, that first hour and a half the gap just never was going out,” Graves said.

“We just kept riding and riding and eventually we hit the tailwind and it started to grow. It’s pretty crazy. I’ve been eyeing up this stage for the last few years, that last climb is a lot of fun and I just always wanted to go for it.”

With time appearing to be running out on a serious challenge to Bettles’ race lead, Burnett and Ollie Jones (Powernet) managed to slip away.

“We had a few cracks early on but the wind wasn’t as strong as we thought it was going to be so we just waited and we knew there were some good climbs coming near the end,” Burnett said.

“I had a good crack near Mataura and we split it up quite a bit and then my team mate Ben (Oliver) had it pretty strung out over the top and then I just went. It was always our plan to use both me and Ben because our team mates have put us in such good positions all week and we definitely owe it to them. I just rode the hardest 15km of my life to try and get to the finish.”

Burnett now finds himself in a similar position to fellow Southlander Corbin Strong, who also had a slim lead on the penultimate day of this race in 2020 before seeing his hopes dashed in the time trial.

“Coming from a moutainbike background I haven’t done a lot of time trialling. Pretty much the only one was last year’s time trial in Winton. I was top 10 in that so I’m ok at it I guess and I’m probably going to go harder than I ever have, so fingers crossed it works out.”

Burnett was excited about the opportunity to defend the yellow jersey in a tour he has followed since before he could ride a bike.

“I’m going to have a lot of friends and family out there so (it’s) a little bit of pressure but a lot of excitement as well,” he said.

“We’ve seen the yellow jersey change hands many, many times in Winton, so we’ll just try our best and see what happens.”

Quality Foods Southland retained the lead in the teams classification.