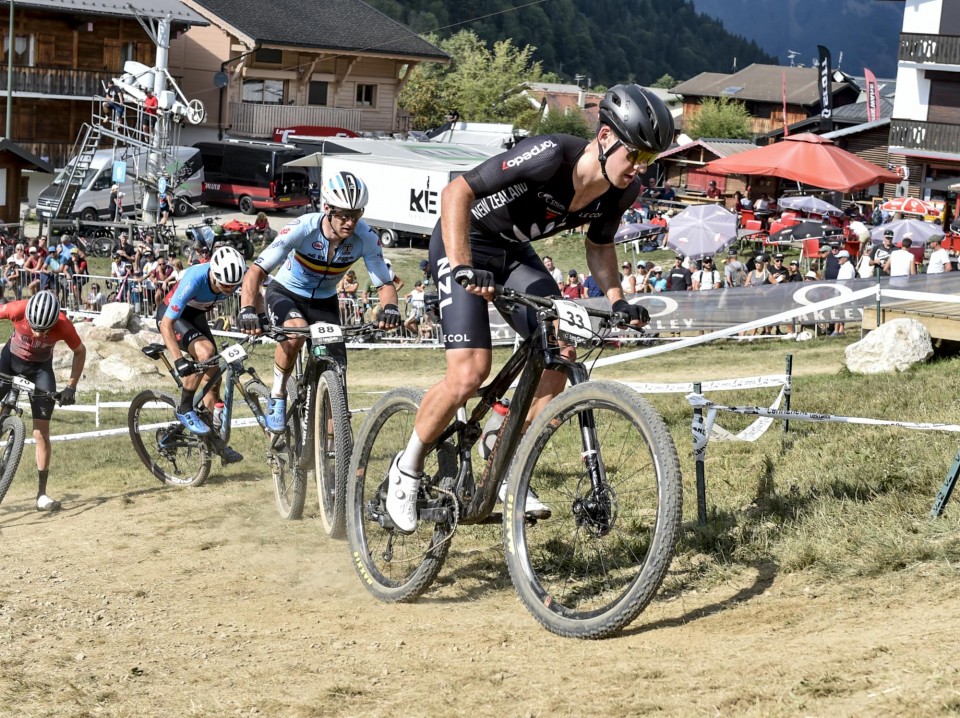 Hastings, who won the junior women’s downhill world title at the weekend, is one of 30 New Zealand riders competing in the final round of the World Cup season at the famed Val di Sole course in the Trentino region of Italy.

Attention turns back to the World Cup, with the 18-year-old Hastings in third place overall in the junior women’s downhill World cup standings, as she pushes to finish on the championship podium.

Another young downhiller from Rotorua who will be unable to progress his podium chances, is Lachlan Stevens-McNab who crashed heavily in qualifying at the world championships in Les Gets, France last week.

Stevens-McNabb, who is third in the junior men’s downhill standings, underwent surgery after breaking both main bones in his forearm, and has a fracture of his lower spinal vertebrae. He is currently waiting on clearance for his back so he can return home to recuperate.

That leaves Cameron Beck as the highest ranked junior in 15th place to lead the kiwi junior gravity riders.

The other kiwi in the top-10 World Cup rankings is national elite women’s downhill champion Jess Blewitt, currently ranked ninth. The GT Factory rider finished 11th at the world championships and a podium this weekend will enhance her chances of pushing into the top five.

In the cross-country, Trek Factory professional Anton Cooper will be looking to use his world championship race as a boost for this weekend. After falling ill three weeks ago, which forced him out of the Commonwealth Games, Cooper had a solid effort on his return and is hoping the race will help with his recovery.

Missing will be new world short-track champion Sam Gaze, who crashed out in the world championship after pushing into the top-10, and has fractured his clavicle and damaged a rib.

North Canterbury’s Ben Oliver, currently 40th on the World Cup standings, will be hoping for a strong performance to finish on an encouraging note as he pushes for a pro team contract for 2023.

Action starts with downhill qualifying on Friday afternoon (local time) before the cross-country short track race in the early evening. Downhill competition starts on Saturday morning (from 7.45pm NZ time), with cross-country action from 8.30am (5.30pm NZ time) on Sunday.