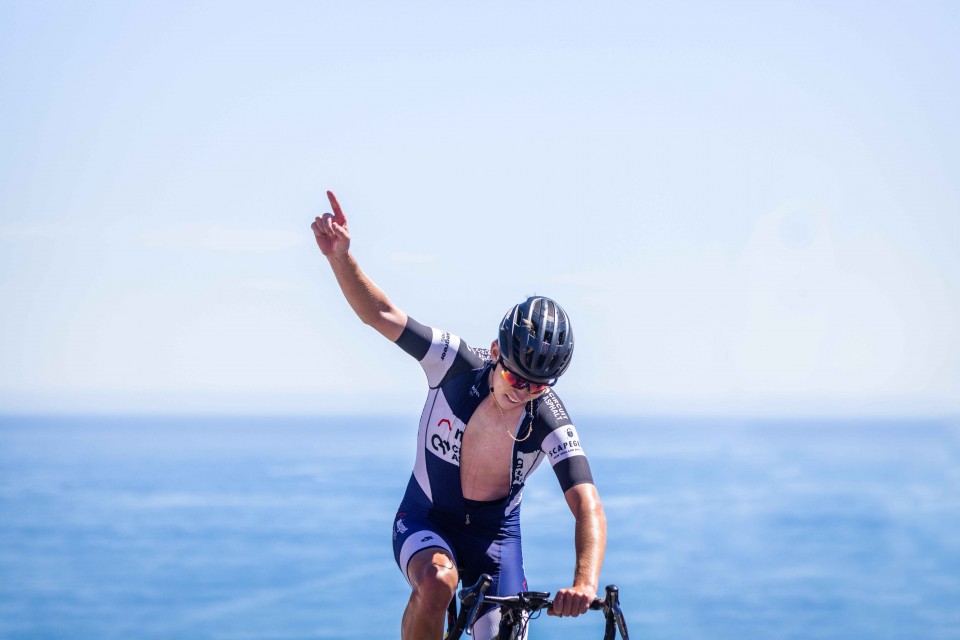 Another superb performance from Campbell Pithie was the highlight of the SBS Bank Tour of Southland’s historic Bluff Hill stage as leader Michael Vink’s rivals begin to run out of chances to deny him a special place in the race’s history.

Pithie, who produced a remarkable solo breakaway victory to win stage three on Tuesday and was prominent again on the way to Queenstown on Wednesday, climbed brilliantly up the steep incline of Motu Pōhue to win stage five of New Zealand’s most prestigious bike race.

“It was another tough day, a very tactical day,” the 22-year-old said.

There have been some outstanding performances from some of New Zealand’s best up-and-coming riders this week, including the likes of Pithie, stage four winner Josh Burnett, George Jackson, Bailey O’Donnell and Logan Currie.

Two others who deserve a mention were in the early break on the 154km stage from Invercargill to Bluff, with Callum Nisbet (Team Couplands) and Kiaan Watts (PowerNet) joined by Andrew Hagan (ITM), the trio getting out past 2min on the southern beat to Glenham.

Under blazing blue skies and with relatively benign wind, it was up to the riders to make the stage hard.

Vink’s Transport Engineering Southland-Talley’s team were being asked a lot of questions at the front of the peloton, particularly by the Bolton Equities Black Spoke Pro Cycling squad, who splintered the race around the well known Letterbox Hill climb.

Nisbet was dropped at Gorge Road and White fell away on the arc towards Bluff, leaving Mudgway to try and take time out of Vink and Pithie in an ideal position to take the stage.

That’s just what he did, with Southlander Burnett (Creation Signs-MitoQ) coming forward to take second place on the stage and Mudgway third.

“Luke was driving really hard for his GC ambitions and I made the most of that for that stage win,” Pithie said.

“I was suffering, and the boys can catch up really quick, but it was a hard day for everyone so I knew they were suffering behind me. I’ve got a great team with Mike Greer Homes-Circuit Asphalt, we are all getting on really well so it was good to do it for the team.”

If Vink, who won in 2018 and 2019, can continue to control the race the Cantabrian will become just the fourth rider to win the Tour of Southland three or more times, joining Tino Tabak, Brian Fowler and Hayden Roulston in an exclusive club.

With a 1min 52sec lead over Ollie Jones (PowerNet) and 2min 21sec advantage over Mudgway, perhaps the final opportunity to upset him will come in the 151km stage six from Invercargill to Gore.

“I haven’t had to ride too much myself yet, and it’s when I have to do that that things start to get a bit dangerous and I start to panic a bit,” he said.

“Because that stage is so late in the tour it’s a chance for a Hail Mary. It’s definitely a stage where the lead has changed in the past, but I’m aware of what’s happened and we’ll be ready for it.”

Stage five saw O’Donnell (Oxford Edge) extend his lead in the under 23 classification, while Glenn Haden now leads by 2min 10sec in the over 35 category. Jackson (Creation Signs-MitoQ) leads the Sprint Ace classification, while Pithie has now climbed his way into the King of the Mountain jersey. Nisbet was the Most Combative rider on the stage and Bolton Equities Black Spoke Pro Cycling lead the teams classification.