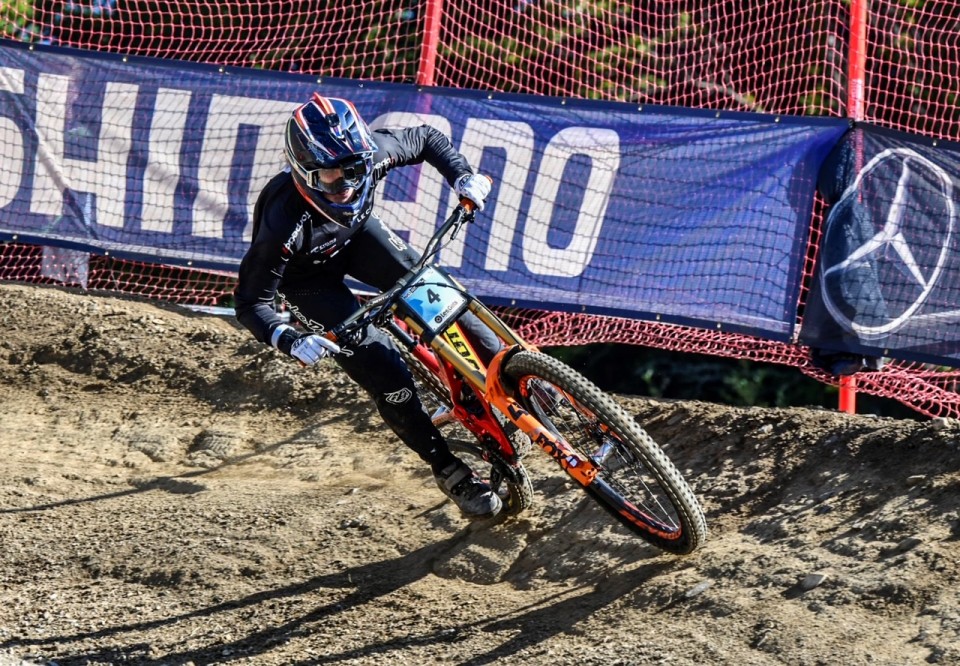 Rotorua teenager Jenna Hastings has realised a dream in winning the rainbow jersey in the junior women’s downhill world championship title at Les Gets, France.

Hastings rode on the edge on a previously bone-hard track sodden and slippery from overnight rain to finish 1.8sec faster than second placed Gracey Hemstreet (Canada) with Colombia’s Valentina Roa Sanchez nearly 15 seconds back in third.

The 2.5km downhill course proved slippery and tricky with numerous crashes throughout the day, including defending champion Izabella Yankova (BUL) who failed to finish.

Hastings becomes only the second New Zealander to win the junior women’s downhill world title, with Scarlett Hagen winning back in 2004, also at Les Gets when the world championships was last in the French ski resort town.

“Winning a world championship has been the dream ever since I started riding a mountain bike and realised I wanted to do it as a career. Actually achieving that is pretty meaningful,” said Hastings.

“I’ve been getting second, third and fourth and thinking I am fast enough but not quite fast enough. So winning tells me that I have what it takes to be one of the best.”

She was unsure coming into the world championships after fracturing her thumb which meant she missed a key World Cup in Canada, and the rain changed things dramatically on the previously bone-hard and dusty surface.

“The water just sat on the top. It was quite slippery today and quite easy to crash if you hit a root or a corner or hit it at the wrong angle. I almost crashed at the top, further down and further down again. Parts were slower than I would have liked but parts I was hitting way faster than I had been in practice. But I managed to hold on to it.”

The other major change for Hastings has been her elevation to professional team Pivot Factory Racing team.

“It has changed things so much. I don’t have to worry about anything – my bike, food, travel, where to stay – just on riding my bike fast. It has taken a lot of the stress out of it and I can focus completely on training and racing.”

There was a French shutout in the men’s elite race led by Loic Bruni who won his fifth elite rainbow jersey. Best of the Torpedo7 New Zealand team was the consistent and in-form Taranaki professional, Ed Masters in 30th, 10 seconds from the winner after a strong performance in the slippery conditions.

Christchurch’s Alex Wayman was the best of the junior male gravity riders in 12th place from the 60 qualifiers with Cameron Beck and Nico Arnold inside the top-20.

Caption: Jenna Hastings in action and on the podium at the UCI Mountain Bike World Championships in Les Gets, France. (Credit: Rob Jones)