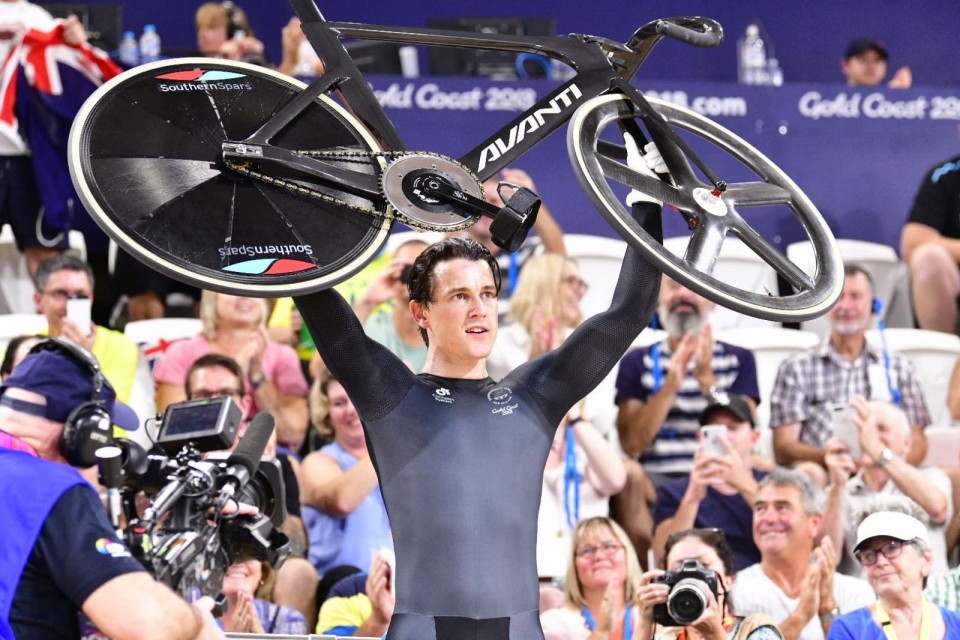 The 31-year-old has won 18 medals at junior and senior track world championships, the Commonwealth Games and Olympics, forming a world-leading partnership with Eddie Dawkins and Ethan Mitchell.

Over the four years from 2014, the trio were the pre-eminent team sprint combination on the globe with Dawkins retiring in 2021 and Mitchell earlier this year.

Webster came into prominence when he won the sprint, team sprint and keirin gold medals at the junior world championships in Moscow in 2009, and two medals the following year as a teenager at the Delhi Commonwealth Games.

The kiwi trio first made their mark with a bronze in the team sprint at the 2012 world championships and in 2014 won gold in the team sprint in Cali, Colombia. Over the four years from 2014 they won three rainbow jerseys plus a silver, when they were relegated to silver on a technicality after winning the final. They followed with silver at the Rio Olympics, pipped by Great Britain for the gold.

Despite being slight in build in a discipline noted for muscled-bulk, Webster was the quintessential high performance athlete in his attitude, professionalism, planning, dedication, and aptitude.

“Sam developed to the top of world cycling on the track with his physical abilities and his extraordinary mindset both on and off the bike,” said Cycling New Zealand high performance director, Amy Taylor.

“He has been the model athlete in every sense – his approach to training, his dedication, his contribution to team and the sport. He has been the complete professional who has earned every plaudit that has come his way.

“This marks the end of an extraordinary time in our sport for the men’s team sprint that set new standards in this event around the world, and Sam’s decision today follows the earlier retirements of Eddie and Ethan.

“We know Sam will go on to be a success in whatever pursuit he follows, and he leaves with the deep and grateful admiration of everyone he worked and raced with.”

Webster continued through to the delayed Tokyo Olympics, where he and the team could not qualify for medal rounds, commenting at the time that he had exhausted his potential.

“I have given the sport absolutely everything, every day at training and every time I went on to the track anywhere in the world. And have been rewarded with so much enjoyment and so many memories,” said Webster.

“I want to thank my coaches throughout my career, the staff at Cycling New Zealand and HPSNZ, Ethan, Eddie and my other teammates both past and present, the fans, our commissaires and volunteers – everyone who has helped me on my journey.

“There are so many to thank – my club Counties Manukau where it all started; MJ for my first road bike; the Cambridge community that has welcomed me and provided me with profound benefits; and to my family who have been beside me the whole way. And to my wife Stacey, helping me through the down times and celebrating the highs, removing the splinters after crashes, travelling to support me and always encouraging me to pursue my dream.

“I know it is time and I leave with absolutely no regrets. I do not know what is ahead – I will take some time to decompress, but I am really excited about exploring what future opportunities may arise in life after competition.”