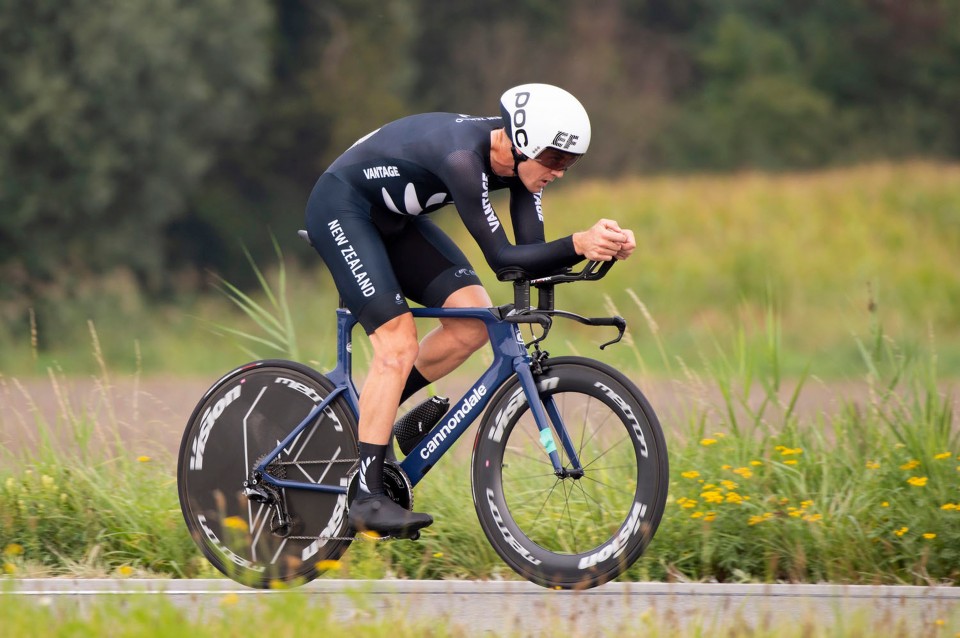 World Tour professional Tom Scully was pleased with his performance finishing mid-pack in the individual time trial on the opening day of the UCI Road Cycling World Championships in Belgium.

Southlander Scully, who rides for EF Education-Nippo on the WorldTour, finished 23rd from a 55-strong field over a flat 43.3km course that started at Knokke-Heist beside the North Sea to the medieval city of Bruges.

Recently the Italian ended New Zealand’s hopes for the gold medal in that extraordinary team pursuit race at the Tokyo Olympics where he came from behind on the final lap to pip the kiwis by 0.07s where both teams smashed the world record.

Ganna went on to anchor Italy’s gold medal effort in the final, before resetting to defend his rainbow jersey on the road in Belgium. His dominance was such that third placed Remco Evenpoel (BEL) was 44 seconds back.

Scully produced a well-judged performance, 24th fastest through the first time split at 14km and 25th at the 33km mark before a strong finish for 23rd overall.

“I am pretty content with how we approached it and how we executed. It was pancake flat out there and no wind so it was a lot about judging your pace,” said Scully. “I was bang-on where my team trainers thought I would be. I came home with an empty tank and not much more that I could do.”

Scully said it was an old-fashioned flat course with few technical challenges.

“You had to get the pacing right – so not over-reaching too early and blowing up or conversely being too conservative and coming home with something still in the tank. I was happy with our strategy and how we delivered today.

“It’s my first senior elite road worlds so it was special to put your number on the New Zealand jersey.  It’s always a special thing to represent your country.”

Scully said after some top-10 performances at the recent Tour de Suisse and Vuelta a Espana, his professional team were keen to see if the kiwi could stretch out his time trial prowess over the long distance.

Life as a professional cyclist does not dwell, with Scully to join his team tomorrow for a 200km race in northern France before returning to Belgium to prepare for Sunday’s Road race.

Tomorrow’s attention turns to the under-23 men where Finn Fisher-Black and Logan Currie will represent the Vantage New Zealand team over the same course. Fisher-Black, recently signed for WorldTour team UAE Team Emirates, finished third in a near-by time trial at the Baloise Belgium Tour in June, just behind today’s podium placegetter, Evenpoel.