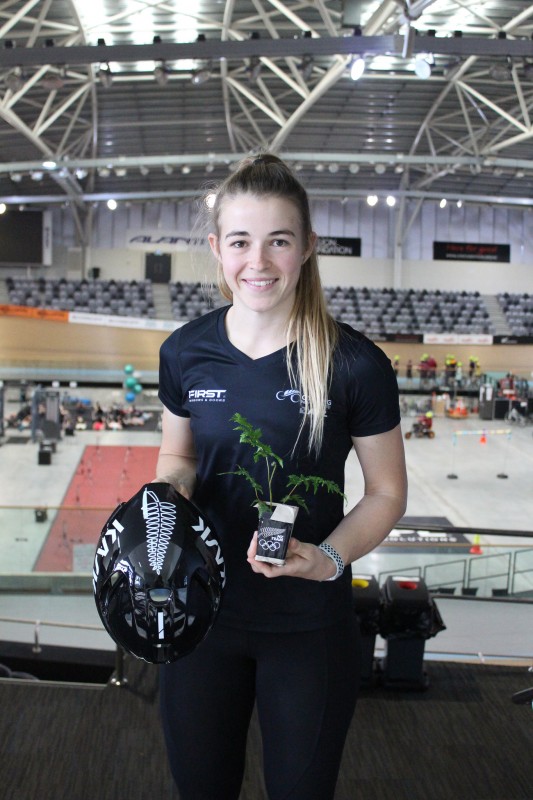 The New Zealand Olympic Committee has today announced four riders for road, mountain bike and BMX, to complete a 19-strong the New Zealand cycling team for the Tokyo Olympic Games.

Highly respected professionals George Bennett and Patrick Bevin will compete on the road, and Anton Cooper in mountain bike cross-country, while 23-year Rebecca Petch, a three-time BMX national champion, will be in action at Tokyo's Ariake Urban Sports Park.

The quartet join the 15 track riders named earlier to form a 19-strong team from Cycling New Zealand who will have a busy schedule, collectively chasing medals on 12 of the 17 days of competition in Tokyo.

Bennett, the Jumbo Visma professional, rose to 26th in the world at his height last year – the highest by any kiwi rider in the last 20 years. He returns for his second Olympic Games after being the sole roadie in Rio, with the climbs and climes of Tokyo suited to his skillset.

He is joined by Taupo’s Patrick Bevin, 30, in his sixth year on the World Tour, after joining Israel Start-Up Nation team this year. Bevin is a World Tour stage winner and specialist in the Time Trial, pipped for a medal in the World Championships two years ago. He will also ride the road race, likely in support of Bennett, who will compete in the time trial as well.

Cooper, the Trek Factory professional, is a seven-time national champion, and has numerous Oceania titles and a Commonwealth Games victory to his credit. The 26-year-old from Christchurch, who has jumped inside the top 20 on the world rankings with two top-10 finishes on the UCI World Cup this season, gets the opportunity to realise his Olympic dream.

Petch, from Te Awamutu, has never been out of the medals at the elite national championships over the last seven years from the age of 16. A World Cup semifinalist twice last year and at the Baku World Championships in 2018. In addition to her strong performances during the qualification period, the Tokyo games will also help develop her potential for Paris 2024.

“While we have a growing number of riders on the UCI World Tour, George Bennett has been our best performed road rider in two decades, while Patrick is not only accomplished on the road, but also world class as a time trialist,” said Cycling New Zealand High Performance Director, Martin Barras.

“Anton Cooper has been our standout mountainbike performer consistently in recent times and trained diligently back home in lockdown to produce career-best form this year.

“It has been a challenging time for BMX, with its expansive international travel schedule derailed by the coronavirus pandemic and New Zealand’s leading female riders not racing the UCI Supercross since early 2020 in Australia.

“However Rebecca Petch showed she is of international quality and importantly has the potential to develop into even more of a contender for the future.

“There are a number of highly promising young riders moving into the international scene with the hope of more riders earning quota spots for Paris in four years.”

"Well done to all four of the athletes selected today. New Zealand is a proud cycling nation whether it be BMX, mountainbike, road or track, and we can't wait to cheer you on in just over a month’s time," said Smith.

Bennett, Bevin and Cooper will all remain in Europe, while Petch as well as the track squad will prepare in New Zealand before flying to Tokyo late next month.