Wollaston wins Tour Down Under criterium

Wollaston wins Tour Down Under criterium 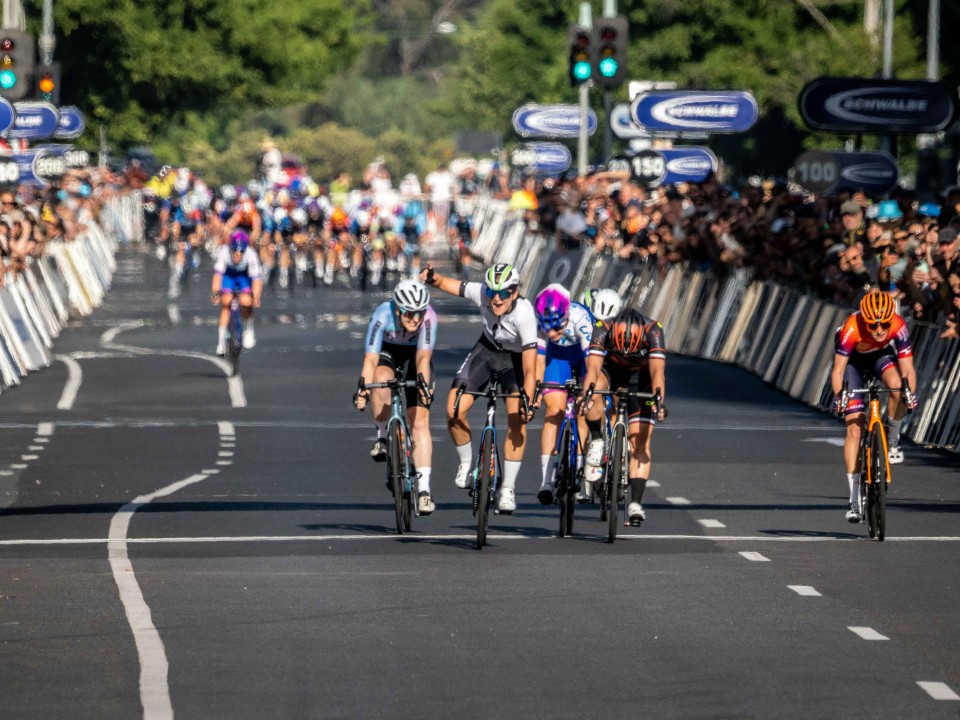 National champion Ally Wollaston started the Santos Tour Down Under in the best possible way with victory in the criterium classic around the streets of Adelaide last night.

Wollaston, riding for the Cycling New Zealand national team, was in a eight-rider breakaway and prevailed in the sprint over fellow New Zealand rider and Commonwealth Games track medallist, Michaela Drummond, running for her Zaaf professional team.

The break formed early in blazing conditions for the one-hour criterium, with Australian Georgie Howe forcing the pace.

The group led by a minute at one stage and while the peloton tried to catch, they were unable to close up the race.

"It was pretty early in the race when we went away and so I definitely had my doubts about whether I would stay away or not," Wollaston said.

"But judging by the calibre of riders that were in the breakaway, we had Ruby and Georgie and a couple of other really strong teams represented in the move.

"So yeah, I think we did have a good chance. I think once we got to around 45 minutes, I was thinking, 'yeah, OK. I kind of do think about how I'm gonna win this bike race now.”

With Wollaston focussing on the track programme in recent weeks, she was unsure of her form on the road. But said the win was a real boost ahead of the three-day women's Santos Tour Down Under, which starts today, and is a World Tour event for the first time.