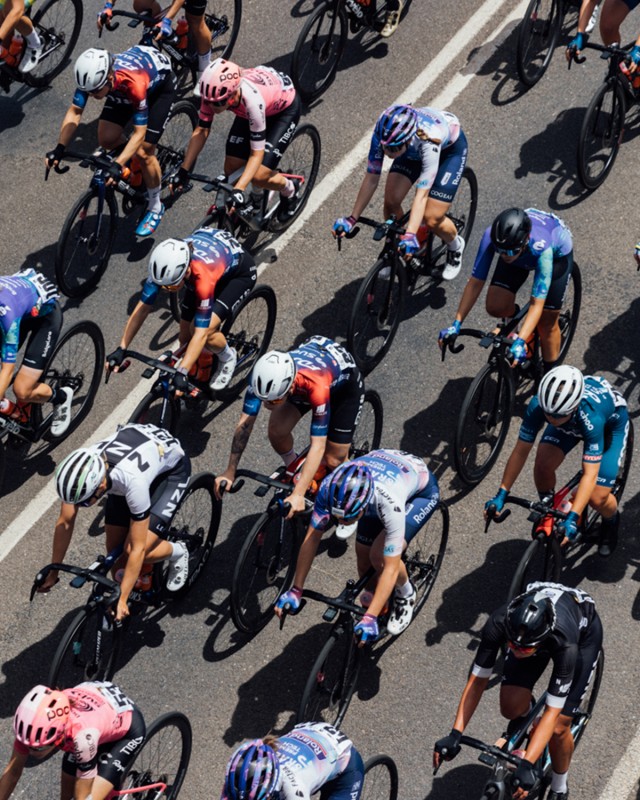 Auckland professional Ella Wyllie, riding for the New Zealand national team, was pipped by fellow kiwi Henrietta Christie by seconds for the young rider category jersey in the Santos Tour Down Under that finished in Adelaide today.

Both riders rode themselves to exhaustion in the super-tough final 93km stage from Adelaide to Campbelltown that featured 1773m of climbing including the demanding Corkscrew Rd ascent in the Adelaide Hills.

Grace Brown from Team FDJ-Suez out-kicked fellow Australian Amanda Spratt from Trek-Segafredo to claim line honours and the overall victory on general classification in the event included in the Women’s World Tour for the first time.

In a brutal final climb and dash for the line, Christie, riding for Human Powered Health WorldTour team, was seventh just ahead of Wyllie. This gave Christie the white jersey as best under-23 rider ahead of Wyllie with both on the same overall time.

While just pipped for the white jersey, Wyllie, who heads to Europe to ride for the new LifeForce-Wahoo World Tour team, is thrilled about her early season form and the opportunities ahead in Europe.

“I am really excited to join Lifeplus Wahoo. We have a really good group of girls,” said Wyllie.

“I still have to meet a lot of them. There’s a team camp on this week, and Ella Harris (fellow kiwi rider) has gone over to that but I’ve been allowed to race here for the New Zealand team.

“I look forward to joining them in the near future and getting stuck in to a good year of racing in Europe.

“I will head back to New Zealand though and prepare for next month’s national championships.”

Of the New Zealanders, Christie was seventh overall, 35s from the winner, and one spot ahead of Wyllie on the same time.

The New Zealand team rode themselves collectively and individually to their limited to support Wyllie today. Ally Wollaston was 23rd on 3:57 back with Rylee McMullen 32nd, Bryony Botha 48th, Annamarie Lipp 64th and Prudence Fowler 72nd. Wollaston was fifth overall in the young rider category with Fowler 16th with the national team seventh from 13 starters.