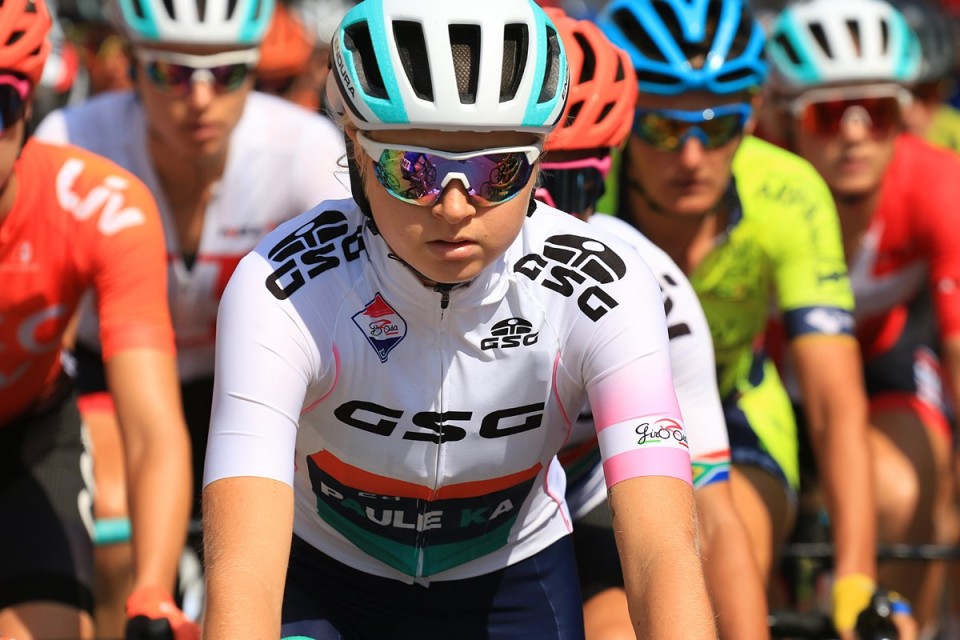 Wanaka’s Mikayla Harvey has made a significant mark on the international cycling scene after winning the young rider category at the Giro Rosa in Italy.

Harvey finished 4:55 ahead in the under-23 class and help her Swiss-based Equipe Paule Ka team to finish second in the team category. Turning 22 during the flagship Tour in women’s cycling, Harvey also finished an impressive fifth place on general classification

Fellow Kiwi, the 20-year-old national road champion, Niamh Fisher-Black made her mark on the mountainous 110km circuit at Motta Montecorvino on the final stage, finishing second in a sprint finish

It pushed Fisher-Black to sixth in the under-23 category and signalled her rise in the sport for the Nelson rider.

“It has been an incredible nine days and it feels surreal to come away with the white jersey,” said Harvey.

“The team has done such an impressive job, my teammates protected me all week, and I am also so grateful for the support of team management and staff, who also helped throughout the race.

“The past week and a half has certainly been a beautiful and rewarding journey. I have learned so much and received so many nice messages of support from friends and family. Everyone back home has been supporting me and cheering me on, it’s been phenomenal.

“It has been an emotional ride, placing third on yesterday’s stage and then finishing the Giro Rosa today in fifth overall. The achievements of the entire team have been really great to see. Now it’s onwards to the next goals, and I’m motivated and looking forward to racing the World Championships next week.”

Fisher-Black also looked back on her performances in the Giro Rosa.

"Getting my first World Tour podium is amazing. We started today with the plan of protecting Mikayla and her position in the GC as well as the young rider’s jersey. My role was to cover the attacks and to be there when I was needed. But I ended up in the front group and about half way through the stage, Thomas gave me the green light to go for the win.

“This situation was a little daunting, as I had not ever been in the position where I could go for a win in such a big race. I had to dig deep to stay up there. Over the last 5km I just hung in there and waited for my opportunity. At 300m to go, I didn’t look behind me but just around the last corner, I was passed by the FDJ rider and was pipped on the line. It was a little frustrating, but I can’t complain, having just finished second on a stage in such a renowned World Tour race."

The circuit comprised four laps of 27.5km each, as well as an uphill finish. With 75km remaining, a large group of riders got away and carved out an advantage of several minutes over the chasing field.

During the final lap, Fisher-Black made her presence felt in the leading group, and as the finish line drew closer, attacks started to fly off the front. In the end, the kiwi rider broke clear and sprinted to the line against two other riders, and was able to take an impressive second place, only narrowly missing the win.

“The riders showed great cohesion as a group to protect Mikayla throughout the stage. That gave us the opportunity to give Niamh the chance of going for the win. She took on the challenge well, found the right group and then moved forward to attack, in the end taking a strong second place, a great result for such a young rider.

“This top result once again demonstrates the talent that is present in the entire group and can now look towards the next goals in the season.“