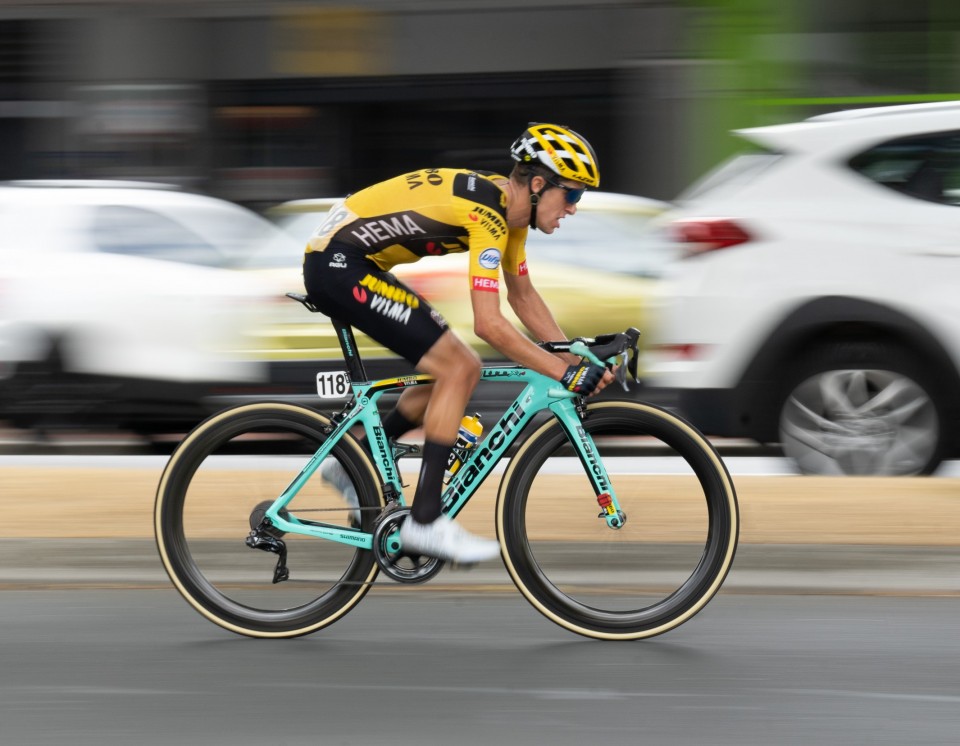 New Zealand’s highest ranked rider, maybe ever, with 13 Grand Tours under his belt and WorldTour victories in Europe and USA, has one coveted jersey he wants more than all.

George Bennett will take on the Vantage Elite Road National Championships in Cambridge on Sunday, 10 years after his first tilt at the elite title. The Jumbo Visma professional is still in search of the elusive victory that would allow him to wear the national jersey throughout the season on the WorldTour.

Bennett, who jets back off to Europe early next week after a late decision to return home for a short break, has twice finished runner-up and has four times finished in the top-five finishers in the elite men’s race.

He will take on an 88-strong field in Sunday’s elite and under-23 men’s road race over 174kms in the event that is part of RIDE: New Zealand’s cycling festival in Cambridge.

“I want to be the New Zealand champion. It would be great. Some time I want to win it,” said Bennett. “Hopefully that will be while I am still riding well and for a great team like Jumbo-Visma. I would be so proud to be able to wear that national jersey at the front of the lead group on a Grand Tour,” said Bennett.

That said, the 30-year-old is not confident about his chances on Sunday.

“I’m a month behind where I was at this stage last year with a shorter time back in New Zealand and going through MIQ, although there’s no complaints at my end. I was not originally coming home this summer, but I made a late call when a spot came up. I’m really glad to have had summer here to train a bit and to see family and friends.”

Bennett, ranked 26th in the world at the end of 2020, and one of the premier climbers in world cycling, believes the course this year will more favour the strong riders with sprinting ability.

“The big sharp climb of Maungakawa is gone this year and it is just French Pass which is not nearly as hard. It is more suited to a sprint finish. I know I will go in with a target on my back. I am fit enough to be in the conversation but I will have to race really smart.”

He picks the likes of two-time under-23 champion Michael Vink, Tour of Southland winner Aaron Gate or even teenager Finn Fisher-Black as favourites for victory.

There will be interest in the efforts of New Zealand’s leading mountain bikers Anton Cooper and fellow Cantabrian Ben Oliver, who impressed in the Tour of Southland and the NZ Cycle Classic.

Fisher-Black will defend his dual under-23 honours on the road and time trial with expected challenges from 2019 Vantage National Criterium winner Laurence Pithie and Reuben Thompson, with the trio all bound for WorldTour development teams this year. Others with strong credentials in the under-23 battle include points race world champion Corbin Strong and Team Qhubeka pro Drew Christensen.

More than 30 riders line-up in the under-19 race which has been moved into the elite championships for the first time. The Fruzio ILABB teammates Jack Carswell and Zakk Patterson, Southland’s Mitchel Fizsimons and Timaru’s Jaxson Whyte are among the favoured starters.

The under-19 riders compete over 27.6km in the time trial with elite and under-23 riders taking on a 44km circuit at Roto O Rangi on Friday from 10am.

The road race for under-19 riders is over 115km on Saturday from 1.50pm comprising three laps of the French Pass-Te Miro loop.

The elite and under-23 men race on Sunday from 10.15am with four laps of the same loop but returning through the start-finish at Tom Voyle Park in Cambridge on each lap.