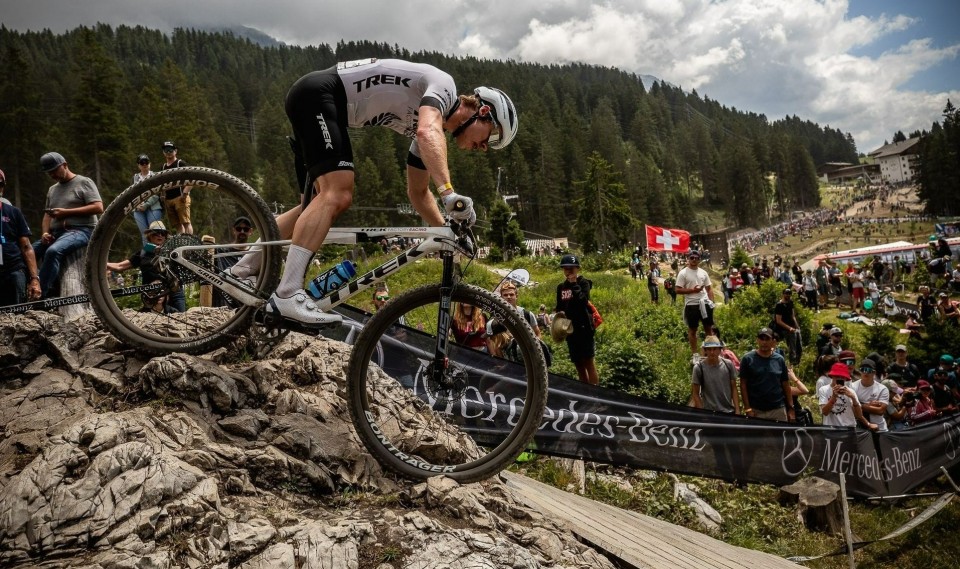 National champion Anton Cooper maintained his top-10 cross-country world ranking after the latest round of the UCI Mountain Bike World Cup in Switzerland.

Cooper was again one of the strongest over the final two laps, passing nine riders to finish 12th, 2:09 behind the winner.

Gaze rode with the lead group until mid-race fading in the final lap for 22nd, while Oliver suffered a derailleur problem which hindered his progress.

“This has never been one of my best tracks. It doesn’t suit my strengths but this was the best I have finished in a World Cup at altitude and overall, so I am satisfied with that,” said Cooper.

“I have come here this week and to Andorra next week with the aim of being better at altitude, and hopefully it will also set me up for the Commonwealth Games next month.

“Now is about recovery and then we head to Andorra tomorrow to prepare for the next World Cup. After that I can then turn my attentions to Birmingham.”