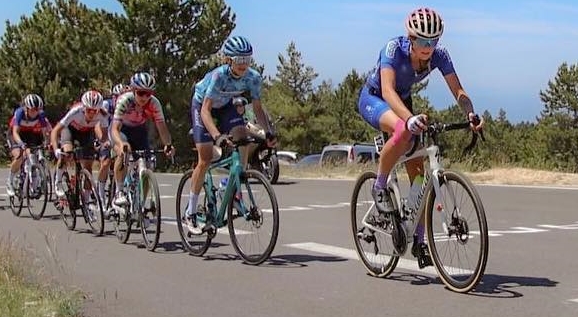 National under-23 time trial champion Kim Cadzow has produced an incredible performance at the gut-busting Mont Ventoux Denivele Challenge, a double ascent of the fabled French climb, with the 100km race featuring some 2,800m of total climbing.

The 20-year-old, who rides for Torelli-Cayman Islands and coached by Patrick Harvey, finished fifth overall, 1:32 from the winner and only 40 seconds oft the podium. At 20, she was the youngest rider in the top-20 finishers

It is a Pro five-stage tour, and the climax of the team’s European venture, and features a number of WorldTour teams.

Gate finished in the peloton 20 seconds behind the leading group in the sprint finish on the opening 165km stage.