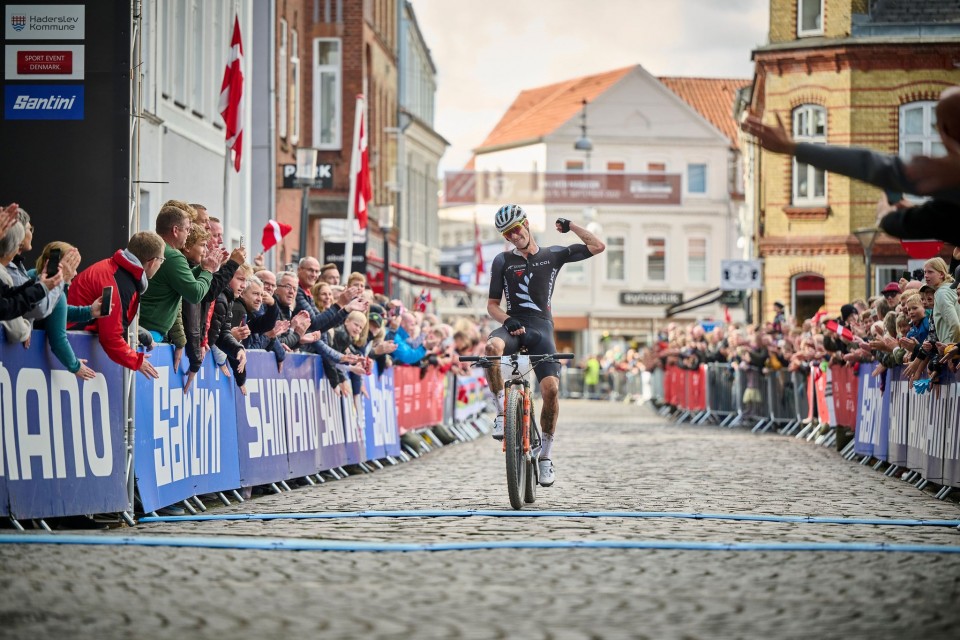 Gaze, who defended his Commonwealth Games title in Birmingham last month, crashed while in the leading group in the UCI Mountain Bike World Championship in France, fracturing his clavicle and other injuries. He had won the short track world title at Les Gets earlier in the week.

He made a speedy recovery to enable him to take on a 140-strong field in the 120kms race in the southern Danish town of Haderslev.

"It wasn’t the most ideal preparation with broken collarbone and ribs," Gaze said. "I just wanted to come and right some wrongs from the world champs.”

Gaze was in a bunch of 15 riders with a lead after the first lap, which then swelled to over 20 riders after two of three laps. The New Zealander then attacked to open a 27 second lead which Seewald clawed back 9km from the finish.

But the kiwi attacked late in the race, going on to win in 4:16:51 with Seewald 16 seconds behind in second and Denmark’s Simon Andreassen a further 41 seconds in arrears in third.

"Andreas was super strong. He came back at me and I thought I was in really big trouble so it is a dream come true to become world champion again. It is going to take some time to digest this win."

Gaze said his shoulder was still sore but he had received excellent medical support from his team.

It gave Ferrand-Prevot her third world title in five weeks after claiming both the short-track crown and mountain championship wins at Les Gets.